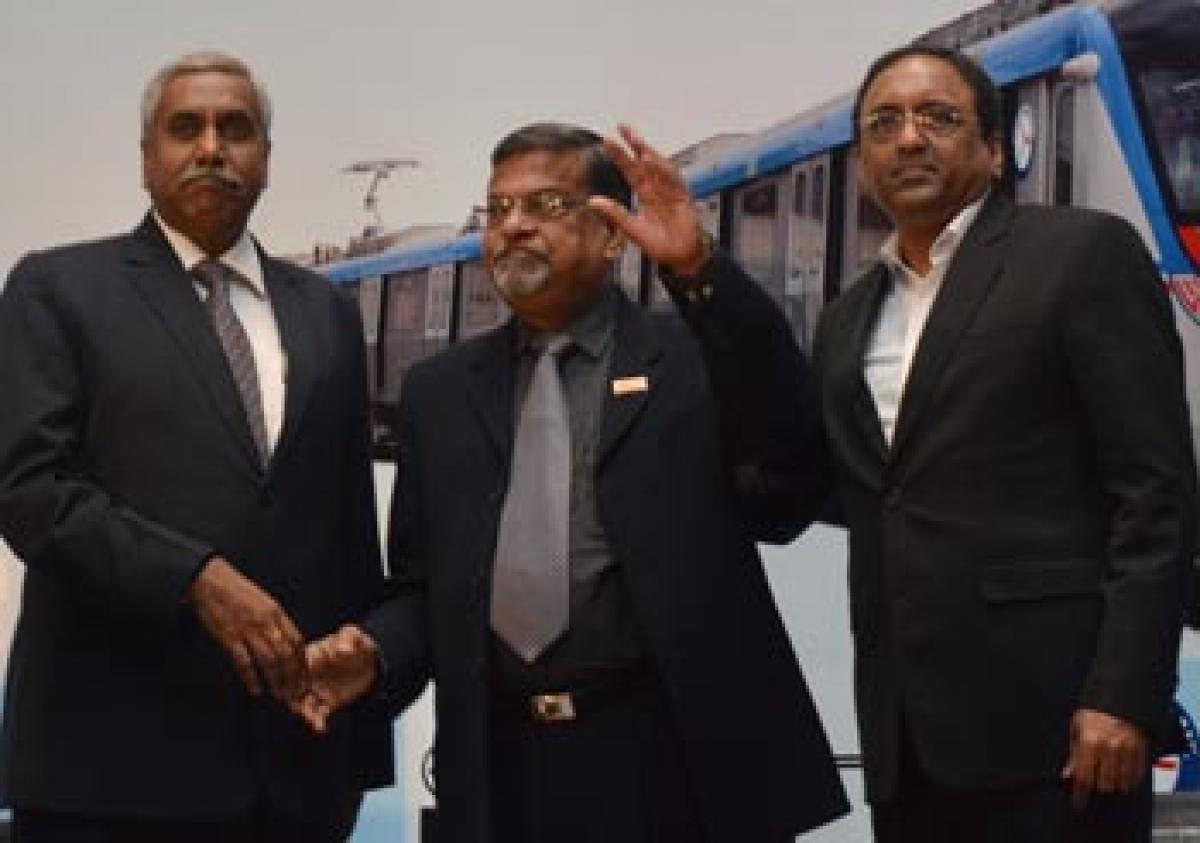 Denizens, who have been waiting for the Metro rail services to be launched from June 2, are in for disappointment as the L&T Metro Rail Hyderabad Ltd said that it would not be possible to launch the services from this date.

Hyderabad: Denizens, who have been waiting for the Metro rail services to be launched from June 2, are in for disappointment as the L&T Metro Rail Hyderabad Ltd said that it would not be possible to launch the services from this date.

The main reason for the delay was purely technical, according to L&TMRHL Chief Executive and Managing Director V B Gadgil. There were several aspects like security, electricity and staff to man the stations that was delaying the launch. “Ticketing facility needs to be put in place to begin commercial operations,” he said.

IT Minister K T Rama Rao had stated during GHMC elections that the Metro Rail would start operating from the Telangana State formation day on June 2. The projected deadline for completion of Metro Rail would be by December 2018, said Gadgil.

The Rs 14,132-crore Hyderabad Metro Rail project was aimed to be completed by July 2017 but there was delay on account of various reasons like changes in alignment, land acquisition and other issues resulted in stretching the project to another year.

As part of the first stage, work was completed to a stretch of 19 to 21 kilometres. The hurdles were very few and the civil works progressing smoothly. “We are working rapidly wherever the work is going on. By December 2018, all the three corridors, including the one passing through the Old City will be completed,” said Gadgil.

Gadgil, who would be attaining superannuation on May 31, will be suceeded by Shivanand Nimbargi as the new CE and MD of L&TMRHL. Replying to a question, L&T deputy managing director and L&TMRHL chairman S N Subrahmanyan said that the government had not asked the L&T to stop the Metro Rail works at Hi-Tec City.

Regarding the Strategic Road Development Project, he said that one cannot stop development process. Shivanand Nimbargi, who would be the new MD, said that there would always be obstacles. “We are in a democracy and we have to take people along with us. We are working along with the government and the objective is to provide best services to the people of Hyderabad,” said Nimbargi.