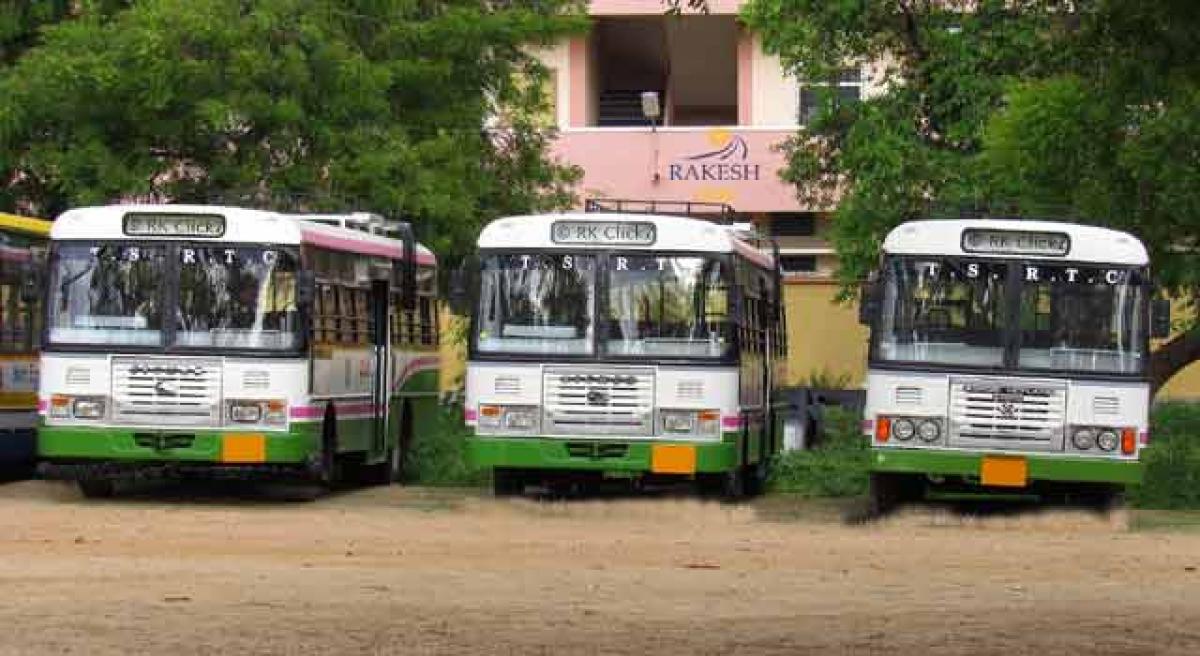 Palle Velugu buses will now be a thing of past. The TSRTC proposes to replace them with mini buses on rural routes.

​Hyderabad: Palle Velugu buses will now be a thing of past. The TSRTC proposes to replace them with mini buses on rural routes.

According to TRSTC officials, low occupancy rate in the buses and resultant revenue loss has led to the management taking the decision.

The Palle Velugu buses are run on village routes to enable people to travel from one place to another and also the farmers to carry their produce from villages to urban areas.

These buses have been attracting good patronage during morning and evening hours. But, the occupancy rate in them is low during afternoon and night-time. At time, each bus with just eight and ten passengers is operated,

Sources said the cost of operation of each bus on an average is Rs 38 per km. But the revenue earned on each bus per km is Rs 33, resulting in loss of Rs 5 a km.

The corporation is operating 4,800 buses in the rural areas connecting 9,300 villages in the State under the name of “Palle Velugu.” The bus fares are low compared to the other services. Even when the bus fares are increased, Palle Velugu buses are spared from the hike.

Inadequate patronage is causing a revenue loss of Rs 52 lakh adding to the losses a day. The officials have now decided to concentrate on the loss-making routes and remove the 55-seater Palle Velugu buses gradually and bring in new mini buses.

The officials had earlier on an experimental basis operated mini buses in the Old City area where there are narrow lanes. The officials thought that it would be better to run 22, 26 and 32-seater buses instead of a big one with 55-seater.

“These buses have small engine, diesel consumption is low compared to the 55-seater bus, and it can be easily operated in the villages and on single roads,” said a senior official in the corporation.

The officials have decided to initially start the mini buses on the routes where there is inadequate patronage and later extend these services to other routes gradually phasing out the Palle Velugu buses.

The officials are examining the proposal to run either 22-seater or 32-seater buses. To reduction in operational losses, the corporation has also decided to withdraw the conductor and ask the driver to issue tickets through TIMS (ticket issuing machine).