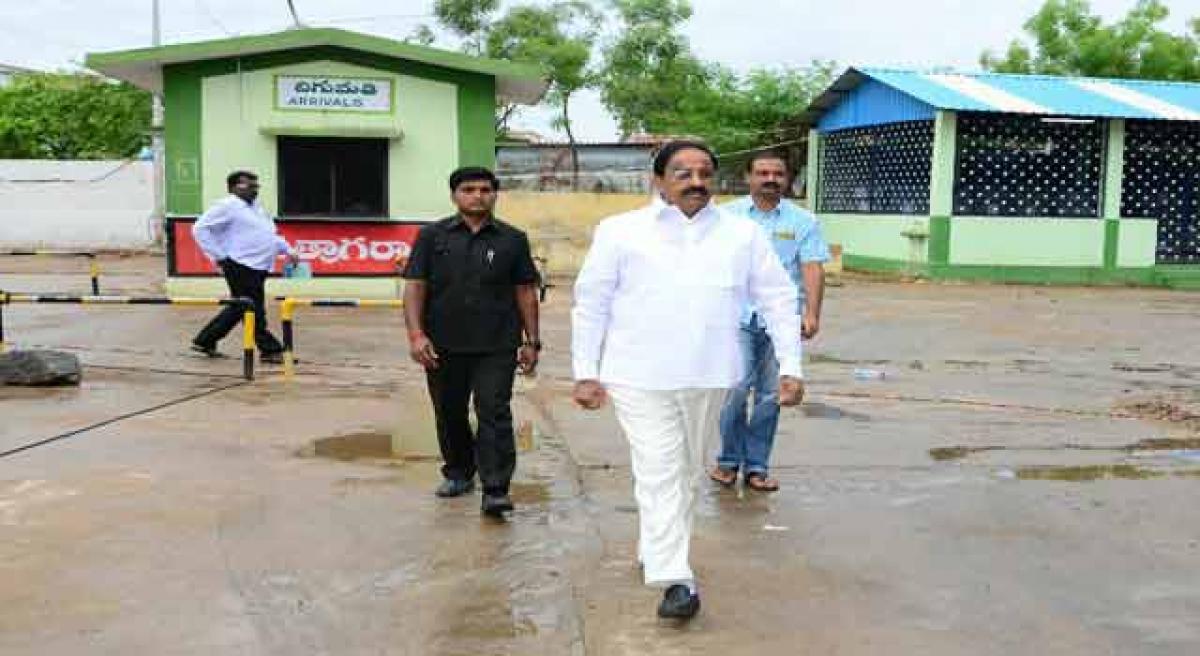 Who, in their wildest dreams, would have predicted that two years down the line, the TRS, which barely had a foothold in Khammam district politics till 2014 elections will emerge as a potent force leaving other parties look like pedestrians in a 100-meter sprint.

Khammam: Who, in their wildest dreams, would have predicted that two years down the line, the TRS, which barely had a foothold in Khammam district politics till 2014 elections will emerge as a potent force leaving other parties look like pedestrians in a 100-meter sprint.

The TRS which finished poor fifth with just 4,035 votes in the election to Palair Assembly seat in the previous election turned the tables on the Congress, which hitherto ruled the roost in the constituency by getting 24 times the votes as compared to last time.

The party candidate Tummala Nageswara Rao won by a record margin of 45,682 votes. The TRS secured 56 per cent of the votes polled.

The crushing defeat inflicted by the ruling party’s nominee Tummala left the Opposition parties including the Congress, the TDP and the Left to lick their wounds in a corner introspecting what went wrong for them.

The TRS not only eroded the vote bank of the Congress and the TDP but also reminded the Left parties to ponder over where they currently stand in the district politics.

The Congress nominee R Sucharitha, who garnered 49,252 votes in this bypoll, is down by 20,262 votes compared to what her husband Ramreddy Venkat Reddy secured in the last election despite the support extended by the TDP and the YSR Congress.

The TDP stayed away from the contest citing the tradition of leaving the seat unopposed to the family member of the deceased MLA.

It may be mentioned here that the bypoll was necessitated due to the death of sitting MLA Ramreddy Venkat Reddy.
For the CPM, the bypoll is a huge setback as it lost a considerable chunk of votes presumably to the ruling TRS.

Incidentally, the margin of victory secured by Tummala is the highest in the constituency surpassing the previous best 25,452 set by Kathula Kantaiah of the Congress in 1972.

With this victory, the TRS tally in the district, which has 10 Assembly constituencies, went up to seven. While Jalagam Venkat Rao (Kothagudem) and Tummala (Palair) were elected on TRS ticket,

Tummala Nageswar Rao said: “This election has increased my responsibility. I will work to meet the expectations of the people in Palair constituency. The huge majority given by the people endorses the capabilities and the workmanship of the TRS government.”