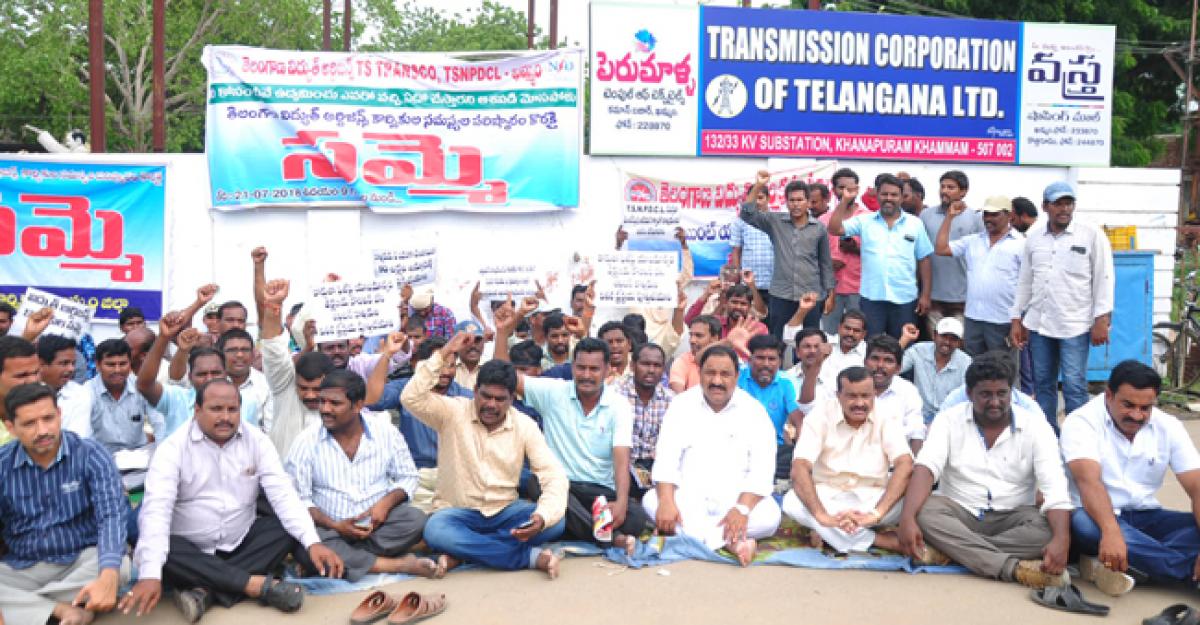 Khammam: Sattupalli MLA Sandra Venkata Veeraiah here on Wednesday demanded that the government accept the demands of Artisans outsourcing and contract workers of the Electricity Department.

It is to be noted that the outsourcing employees and contract workers (Artisans) of the Electricity Department have been on strike demanding regularisation of their services.

Extending his support to the workers, Venkat Veeraiah demanded that the government implement 2018-PRC. Stating that the demands of the workers are justifiable,

He demanded that the government implement equal pay for equal work for workers as per the order issued by the apex court, besides providing health and credit cards to the workers on a par with permanent employees. He said he would raise the issue in the Assembly and try to secure justice for workers.