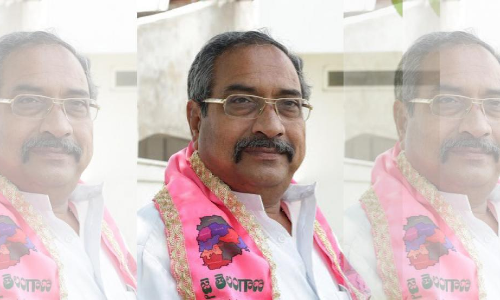 Sensing that key loyal leaders in the ruling party may jump to other parties, the TRS government has now started offering various nominated posts to some of the key leaders in Mahbubnagar district

Mahbubnagar: Sensing that key loyal leaders in the ruling party may jump to other parties, the TRS government has now started offering various nominated posts to some of the key leaders in Mahbubnagar district.

To accommodate those loyal leaders and to retrain their loyalty for the party further, after the TRS government has completed four years and just about a few months left for the completion of its tenure, now the TRS leader at the helm have started giving nominated posts to some of the key leaders to pacify and maintain support of its disappointed members, that were denied party tickets.

As part of this strategy of the TRS leadership, recently the party has identified three key leaders from Mahbubnagar and offered them nominated posts. All these three leaders have been appointed as chairmen of different state level corporations.

For instance Devara Mallappa, a senior leader in the party close to the Chief Minister has been appointed as chairmen of the Telangana State Trade Promotion Corporation.

Similarly, another leader Gattu Timmappa from Gadwal has been appointed as chairman of the Telangana State Consumer Federation.
Until 2012, Gattu Timmappa was an active member of the TDP, until he was enticed by the TRS with an assembly ticket. But his fortunes changed when, due to change in the political situation, it was snatched from him.

The Chief Minister had assured that he would get an MLC ticked if he continued to stay in the party. The third leader who was long waiting with the TRS party without any major posts was Baadimi Shiva kumar. Now after a long wait of four years, the government has nominated him as chairman of the Telangana state Sangeetha Nataka Academy.

Shiva kumar, one of few professional artistes in the party has participated in 1969 Telangana agitation and was with the Congress party for a long time representing from Jadcherla. Prior to nomination to the current post Shiva kumar was heading the post of district party president from Mahbaubagar.