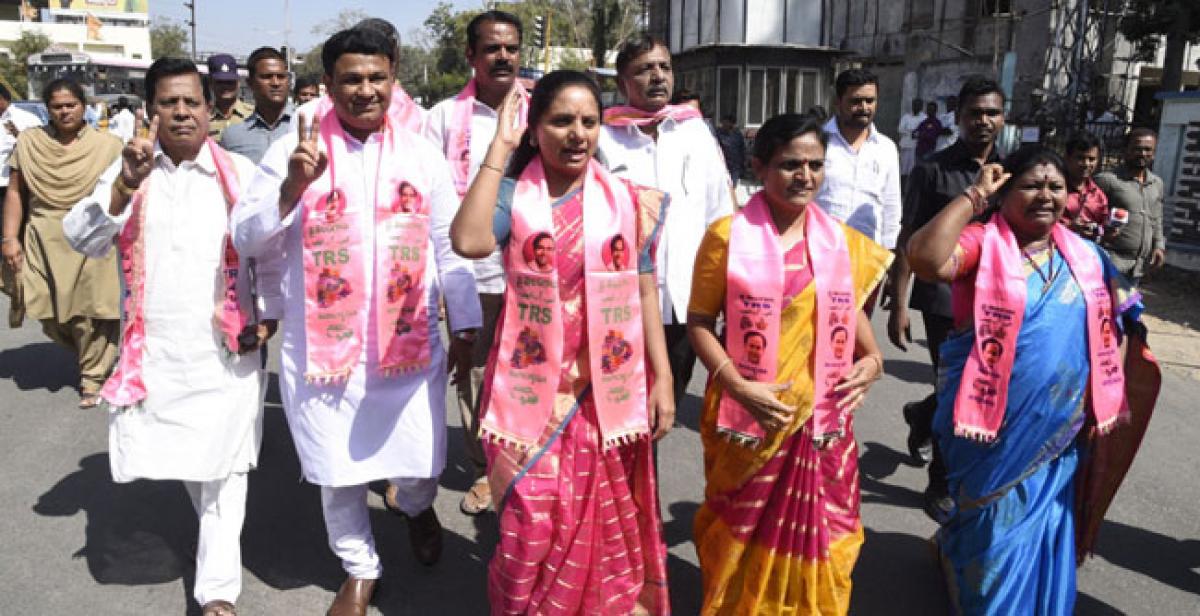 Kavitha accompanied Gupta, who filed nomination here on Thursday. Speaking on the occasion, she recalled the efforts of Ganesh Gupta in making Nizamabad clean and beautiful. She drew the attention of the gathering by driving the car of Ganesh Gupta's father.

Stating that Ganesh Gupta was instrumental in developing Nizamabad in 51 months, which has been neglected hitherto for the last 60 years, she appealed to the people to get him elected with a huge margin. TRS politburo member AS Posetty, NUDA Chairperson Prabhakar Reddy, Ali and TRS activists were present.

Later addressing the media at the residence of Rural TRS contestant Govardhan, the MP said public may not excuse the TRS MLC, Rekulapalli Bhupathi Reddy, who is supporting the rival party. She complimented Govardhan, the Nizamabad Rural TRS candidate, and said his winning will be a foregone conclusion and cakewalk. Dharpally ZPTC Sumana Ravi Reddy, local leaders and party workers were present.