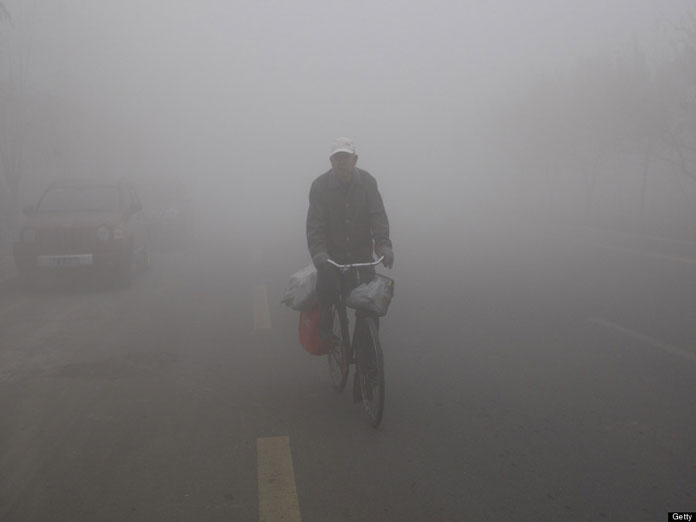 Tandur: The oldest municipality in the district is gradually losing its prominence as pollution levels here are causing serious health issues to its residents. The town even failed to find a place the Swachh Survekshan survey that was conducted last year on the basis of cleanliness and citizen services.

As things have worsened, the Pollution Control Board (PCB) has swung into action and imposed Rs 25,000 penalty on Tandur municipality, citing heavy air pollution in the town. Earlier, town citizen forum president Raj Gopal filed a case in National Green Tribunal (NGT) which summoned the PCB officials and sought measures to contain the disturbing phenomenon.

Jolted out of slumber, the PCB officials launched a series of steps to measure the extent of pollution in the town and counter its adverse impact. Levying penalty on the civic body is one such action. The PCB officials have considered burning of garbage in dumping yards. They note that smoke spewed by vehicles is main reason for high dust particles in the air and hold the municipal official officials responsible for curbing air pollution.

In response to their summons, Municipal Commissioner appeared before PCB officials and denied any inaction by the civic body. He said that it was cement factories, granite industries and Roads and Buildings (R&B) department that were largely responsible for high incidence of pollution in the air. He also stated that they were constructing bypass roads to prevent air pollution and opined that cement industries should be transported to outskirts. Still, PCB officials did not condone the civic body for its failure to meet its obligations and imposed the Rs 25,000 fine.

Bhogeshwarlu, the Municipal Commissioner, said that they would issue notices to polishing units, cement factories, and transport owners to shift operations to the city outskirts. He added that they passed on the information of PCB fine to higher-ups and were planning to approach the court in this regard.