TRS gears up to sweep LS polls in district 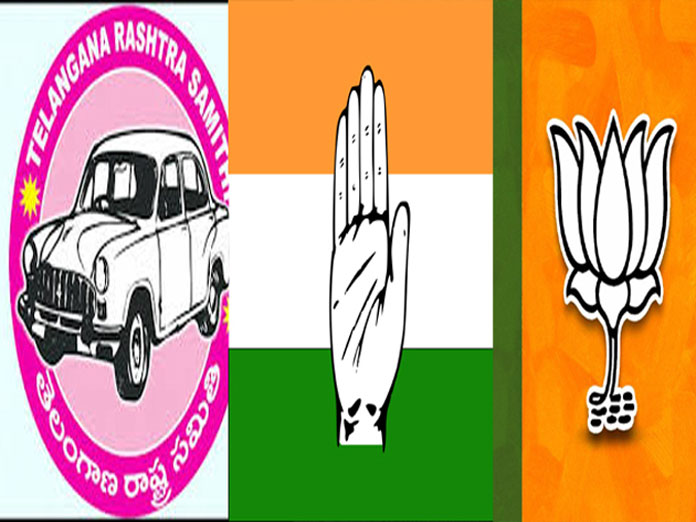 After sweeping the Assembly and panchayat polls, TRS is now planning to continue its winning streak in the upcoming Lok Sabha elections

Karimnagar: After sweeping the Assembly and panchayat polls, TRS is now planning to continue its winning streak in the upcoming Lok Sabha elections.

The pink party is conducting surveys in the respective parliamentary constituencies to choose the winning horses to sweep the elections. In the Assembly elections that were held in month of December last year, TRS had won 12 Assembly seats in the erstwhile Karimnagar district leaving only one seat of Manthini for the Congress party.

There are two MP seats in erstwhile Karimnagar district--Karimnagar and Peddapalli, which is reserved for SC. After taking charge as party working president, Siricilla MLA K T Rama Rao has been leaving no stones unturned to secure maximum Parliament seats for TRS.

In a meeting held recently in Rajanna Siricilla district, much ahead of the opposition parties, he announced the candidature of Boinapally Vinod Kumar from Karimnagar parliamentary constituency and launched the election campaign with a bang.

With the prophesy of Chief Minister K Chandrashekar Rao that the TRS is going to win 16 Lok Sabha seats out of 17 in the State, the opposition parties started gearing up to give tough fight to the ruling party.

There is a reason behind this confidence. The party believes that various innovative schemes introduced by CM KCR and many developmental works such as minor and major irrigation projects which are on verge of completion will certainly fetch it maximum Lok Sabha seats to the party with bumper majority. Therefore, the party leaders are conducting constituency-wise meetings to ensure that both the Lok Sabha seats in the district go to the party.

On the other hand, the Congress party, after experiencing crushing defeats in Assembly and panchayat elections, is trying to strengthen the party from the village level with formation of new committees from mandal to district level. Recently, the party announced new DCC presidents separately for all districts which were carved out from erstwhile Karimnagar district. The Congress party is ready to face the Lok Sabha elections with fresh bloods.

Meanwhile, the BJP, with stronghold in Karimnagar district, is also gearing up to give tough fight to TRS and Congress. The party is confident that the charisma and image of Prime Minister Narendra Modi would give necessary boost to the party workers and bring positive and better results in the upcoming Lok Sabha elections both in the State and the country.