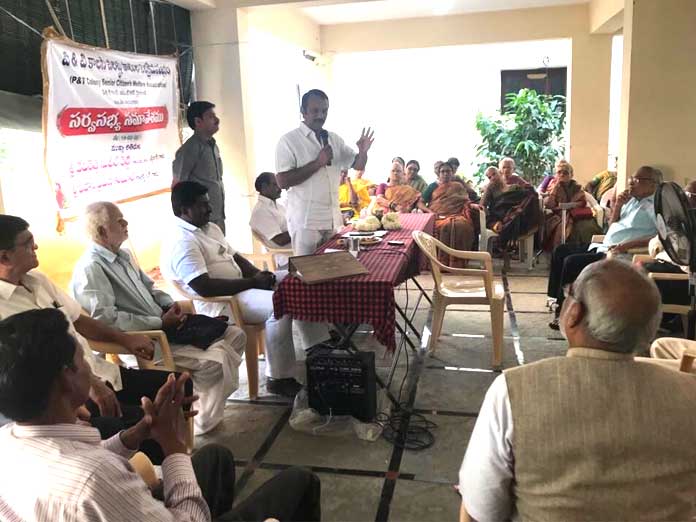 Speaking on the occasion, MLA addressed the general body meeting of P&T Colony Senior Citizens’ Welfare Association at P&T Colony in Gaddiannaram division to treat him as their one of the family members and feel free to express their problems without any hesitation. He explained them various development activities took place in the LB Nagar constituency during his previous tenure.

Earlier the members of the association put forth some proposals including shifting of weekend market to other lanes instead of main road to avoid traffic jam, introduction of mini buses from the colony to the depot, construction of new building to the association etc.

After a patient hearing, Sudheer Reddy assured them that discussions would be held on their proposals with the officials concerned. He also promised them to meet the other civic issues in the colony as early as possible.