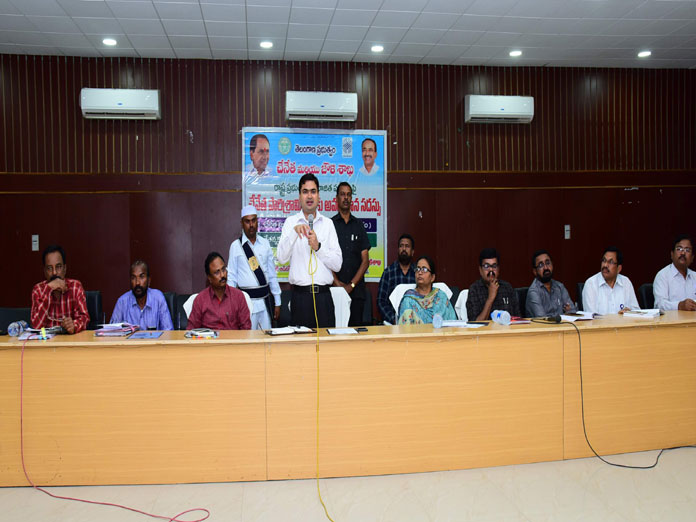 The Telangana government is determined to help the handloom entrepreneurs and will help in developing the handloom industry, said District Collector Sarfaraz Ahmed

Karimnagar: The Telangana government is determined to help the handloom entrepreneurs and will help in developing the handloom industry, said District Collector Sarfaraz Ahmed.

He attended as a chief guest at an awareness programme organised for handloom entrepreneurs of Karimnagar, Adilabad, Nizamabad and Siddipet districts at the Collectorate auditorium in Karimnagar on Thursday.

Speaking on the occasion, Collector Sarfaraz Ahmed assured the government is striving hard to solve the various issues of handloom workers and introduced several innovative schemes for the wellbeing and development of handloom entrepreneurs. schemes like 'Chenetha Mitra', 'Netanna Ku Cheyutha', introduced by the government, are being implemented successfully till date.

Handloom Industries Department Additional Director K Srinivas said the government is trying to introduce a few schemes for the welfare of handloom workers, which they must utilise for their economic development.