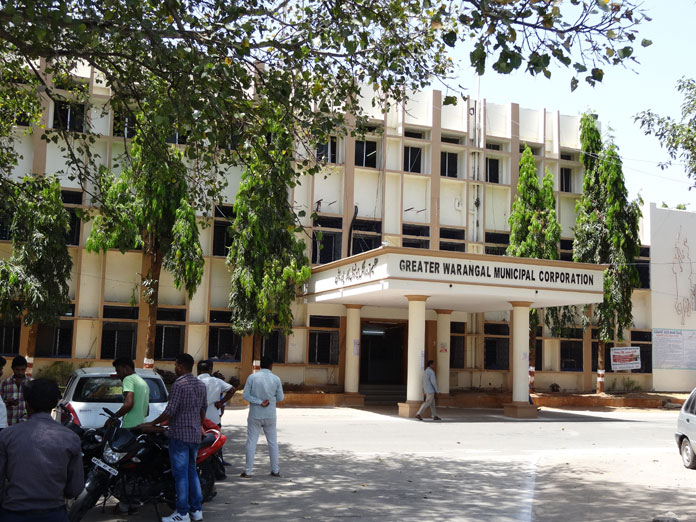 Notwithstanding severe resource constraints, the Greater Warangal Municipal Corporation GWMC which approved a budget of Rs 1,431 crore for the financial year 201920 appears to be hanging on an economic premise than looks too optimistic

Warangal: Notwithstanding severe resource constraints, the Greater Warangal Municipal Corporation (GWMC) which approved a budget of Rs 1,431 crore for the financial year 2019-20 appears to be hanging on an economic premise than looks too optimistic.

On Thursday, The GWMC Council presided over by in-charge Mayor Khaja Sirajuddin unanimously approved Budget proposals worth Rs 1,431.31 crore for the year 2019-20 here. According to the budget proposal, the revenue receipts for the year are expected to be Rs 283.81 crore and revenue expenditure has been pegged at Rs 147.85 crore leaving a revenue surplus estimated at Rs 135.96 crore.

Although the civic body is expecting capital receipts to the tune of Rs 1,147 crore from the Centre and State, there is likely to be a huge shortfall in the budget due to non-realisation of the projected own revenues and capital receipts. Last year, the GWMC didn’t get funds from the Centre and the State as it had predicted. It’s learnt that the civic body didn’t receive adequate funds under Smart Cities Mission, SC/ST, AMRUT etc.

The GWMC has itself to blame for not initiating or failing to speed up the works under several projects such as Smart Cities Mission, AMRUT etc. It’s also learnt that with the authorities failing to submit utilisation certificates under various projects, the Centre didn’t release funds.

Speaking to The Hans India, Forum Better for Warangal president Pulluru Sudhakar said: “It’s a jugglery of figures much like the previous budget. Instead of focusing on revenues from its own resources, the civic body as always been looking towards Centre and State.”

“The GWMC is trying to hoodwink the people by inflating figures,” he said, demanding the authorities to disclose the audit report of the last year’s budget.

The Civil Societies Joint Action Committee (JAC) convener Thirunahri Seshu said: “Even though funds are flowing in from the Centre and the State, the civic body has totally failed to utilise them for the city development. The progress of several projects indicates the pace of work. The allocation of Rs 50 lakh for each division in the latest budget is a welcome sign, however, they needs to be utilised properly.”

Meanwhile, there was no mention of much talked about Municipal Bonds, also known as muni bonds, in the budget. It may be mentioned here that the GWMC had proposed to raise Rs 100 crore for its developmental activity.