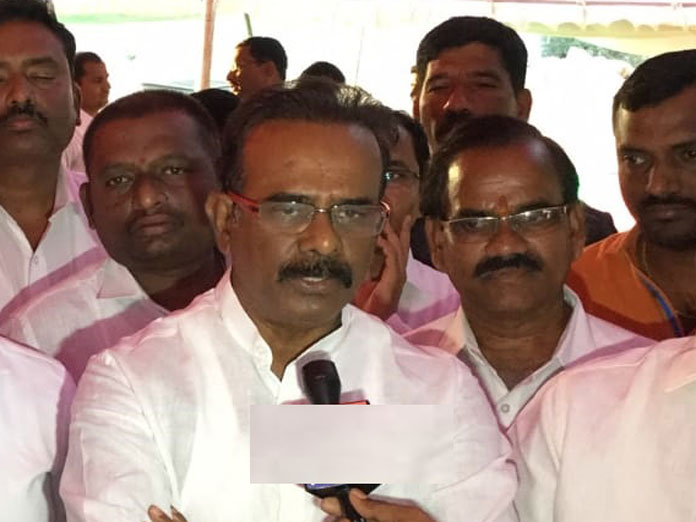 On Wednesday, along with Rajya Sabha member B Lingaiah Yadav, Bhongir MLA P Shekar Reddy and Tungaturthi MLA Gadhari Kishore, the MP examined the arrangements for Parliament elections preparatory meeting in Bhongir Lok Sabha constituency to be held in the town on Thursday
Speaking to the media later, the MP exuded confidence that TRS was going to play a key role at Center by winning the 16 MP seats in the State.

He informed that as many as 20,000 committed leaders and cadre of the party of seven Assembly constituencies under Bhongir Parliament territorial constituency will participate in the meeting.

Youth of Yadadri-Bhongir district are eagerly waiting for TRS working president KT Rama Rao and his power-packed speech. Stating that all was set for KTR meeting, Boora informed that a huge rally was going to be taken out with 10,000 bikes from Rayagiri to meeting venue to welcome KTR in a big way. He called upon party leaders and cadre to make KTR’s Bhongir meeting a grand success.