The farmer and the serpent 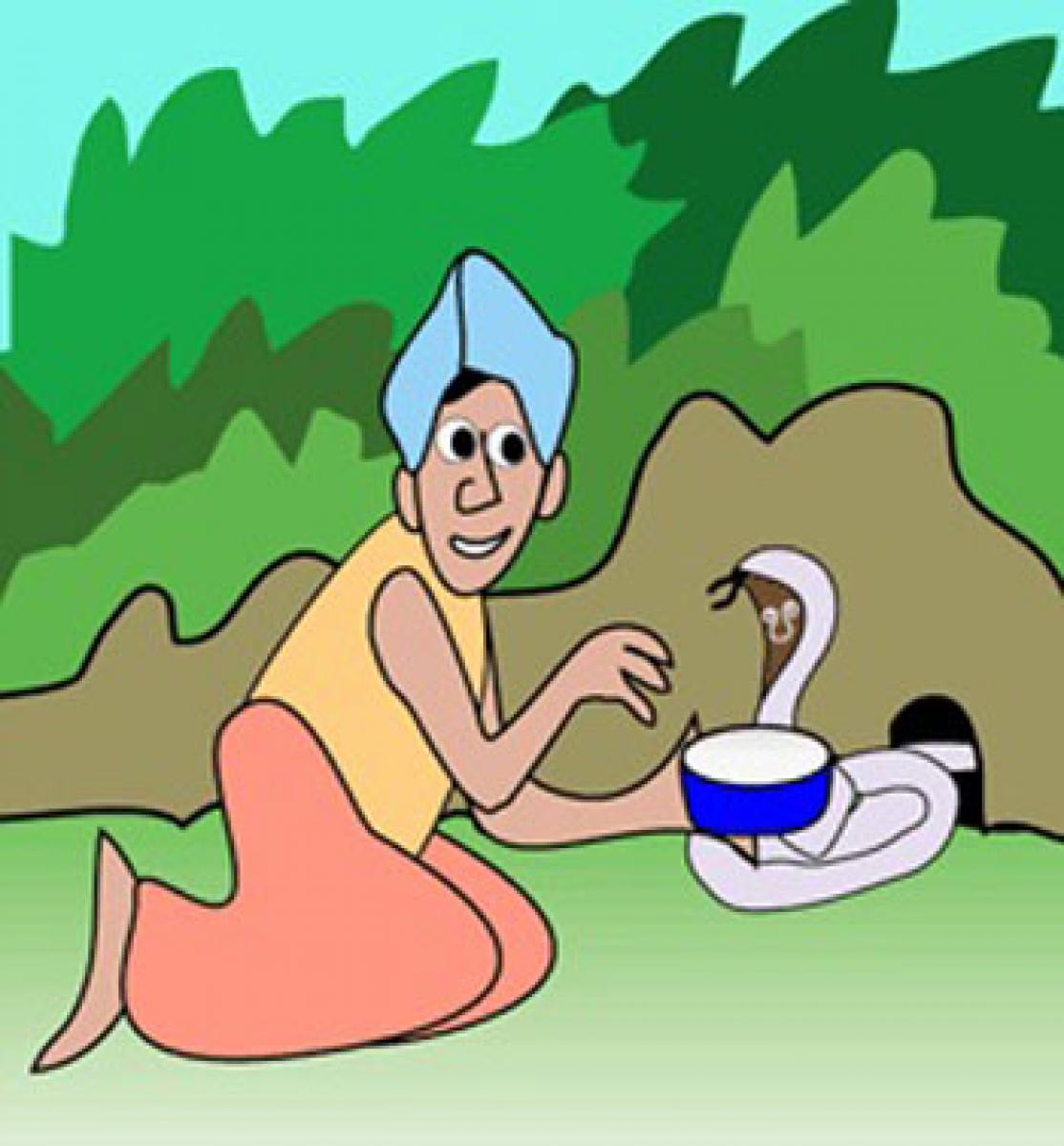 A long time ago a farmer’s son was going to meet his friends. It was dark and he was in a hurry, so he didn’t see a cobra that was relaxing in the...

A long time ago a farmer’s son was going to meet his friends. It was dark and he was in a hurry, so he didn’t see a cobra that was relaxing in the path. He trod upon the cobra’s tail. He stepped back immediately afterwards, but it was too late. The angry cobra lashed at him and bit him.

A cobra’s poison is one of the deadliest in the world. The farmer’s son stood no chance against it and died.

When the farmer heard the news he was grief-stricken. Mad with rage, he took his axe out and sped towards the cobra. Seeing the axe, the cobra tried to escape. It almost succeeded in slithering out of the axe’s reach, but couldn’t. The sharp edge of the axe fell on its tail and cut-off part of it.

With half its tail gone, the cobra was indeed a sorry sight. Not only was it in extreme pain, it was also open to ridicule from other snakes. Its fury matched the farmer’s at his son’s death. In revenge the cobra began to indiscriminately bite the farmer’s cattle.

One by one the cattle began to die. Now the farmer derived a large part of his income from his cattle. Their death was naturally a blow to him. He tried many times to trap and kill the cobra, but failed. The cobra outsmarted him each time.

In deep despair the farmer wondered what to do. After much thought, he decided to go to the cobra’s lair. He took honey, milk and other food as gifts.

At the lair he called out to the cobra. When the cobra peeped out, he said to it: “Let’s forgive and forget. Perhaps you were right in biting my son; he had violated your space after all. But surely I was right in avenging his death? He was my son. Now that we are both satisfied, we have to stop treating each other as enemies. Can’t we become friends again?”

“No” replied the cobra, “take away your gifts. Neither will you forget the death of your son, nor I the loss of my tail. We’ll always look at each other with suspicion from now on.”

The cobra was right. Since then, humans and snakes have been enemies. The injuries they caused each other still haven’t been forgotten.