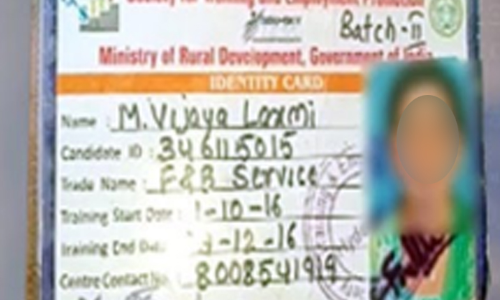 An unmarried woman is stated to be critical condition after a clinical trial went wrong here at Banjara Hills.

Vijay Lakshmi, a native of Kamareddy befriended one Siva at her work place who suggested her to take up clinical trials to get stable money . The victim who was suffering from financial constraints agreed for the tests who was taken to Indira Clinical IVF centre in Banjara Hills where the tests were performed.

However, Lakshmi's health condition was deteriorated after undergoing the tests and was admitted in a hospital by the accused who later went absconding.

Meanwhile, the parents of Lakshmi demanded an action against the IVF centre for illegally performing the tests.