Bajrang must learn to retain focus for six full minutes 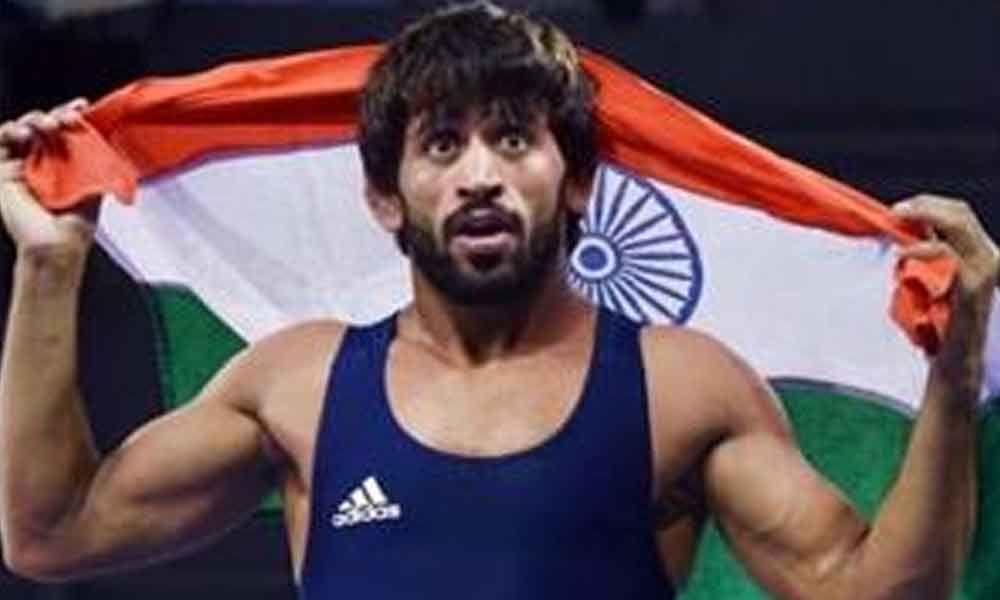 Medal-contender Bajrang Punia must shed the habit of losing focus if he is to stand atop the podium at the Tokyo Games, warned his coach Shako Bentinidis while conceding that old habits die hard.

New Delhi : Medal-contender Bajrang Punia must shed the habit of losing focus if he is to stand atop the podium at the Tokyo Games, warned his coach Shako Bentinidis while conceding that old habits die hard.

The Georgian has immense faith in his ward, saying Bajrang is best among the current Indian crop but feels playing badly for just 30 seconds can ruin Olympic dreams.

Bajrang has perched himself on the top of the UWW ranking table in 65kg after winning nine of his last 10 international assignments, including the 2018 CWG and Asian Games. The only final he lost was at the World Championship last year.

"The biggest problem with Bajrang is that he loses focus sometimes and gives away points. It becomes a minus three, minus four start for him. We are working on it. It's difficult.

When I came he was 18 now he is 26, so it's difficult to change but I am giving my best," said Shako after Bajrang won the World Championship trials.

"Bajrang and Vinesh are close to Olympic medals. But one incorrect (sic) fight, and you are finished. Lot of legends lost at Olympics, it's a serious competition. You must give everything. One poor bout or 30 bad seconds, and it's good bye Olympics," he said.

So, what is it that causes Bajrang to lose his focus? "If the training has not gone as per expectations, you might lose focus. And when you are a bit injured or want to avoid injury, it affects you.

I try not to get distracted. Actually, when you are on the mat, there is no pressure but before that everyone feels a bit of pressure," Bajrang told PTI after the trials.

Shako did not say it in as many words but hinted that stardom can be distracting. "Wrestling is a difficult sport. Bajrang was a good wrestler before but not the best. Now he is jumping fast, he has got name as well. He is a star now, so it becomes difficult to focus but he is at another level.

"I always tell him before the bout that you must understand one best situation, thing that your opponent first has to beat your name (being star) and then you and it's difficult to beat two persons. He is not number one for nothing, there is quality, he said counting the positives of being a star.

"The World Championship is very important for us because the qualification for the Olympics is priority now. We can focus on training for one year. A lot of people want him to win at Worlds but my priority is that he qualifies for the Tokyo Games."

Ask Shako what are the three-four things Bajrang must do, to do well at the Worlds and the Olympics and he comes up with a clear answer. "Leg, leg leg and leg.. if you give 6-7 points, comeback is possible but very very difficult in Olympics."

It's not surprising when Shako said that because the only final Bajrang lost in the last 18 months was at the Worlds due to poor leg defence. Bajrang though said he made satisfactory progress on that count.

"If you look at my performance after the last World Championship, I have competed in 4-5 tournaments and lost just one bout in Madisson Square. Today, I did not falter on leg defence.

I have competed against Harphul before and gave him 1-2 points earlier but today I did not give any points to him, so there is definitely improvement on leg defence."

Shako hinted that perhaps the affable 25-year-old from Haryana does not give his body enough rest in his absence. "Bajrang does not understand rest. Now he is best wrestler and if I go for one-week vacation, and come back, Bajrang is a different wrestler."

But he is sure that Bajrang definitely is the best as of now in the country. "There is sea difference in Bajrang and other Indian wrestlers. He is the most disciplined. The problem is mentality. They don't know the history and there is not much Indian history in wrestling," he signed off.