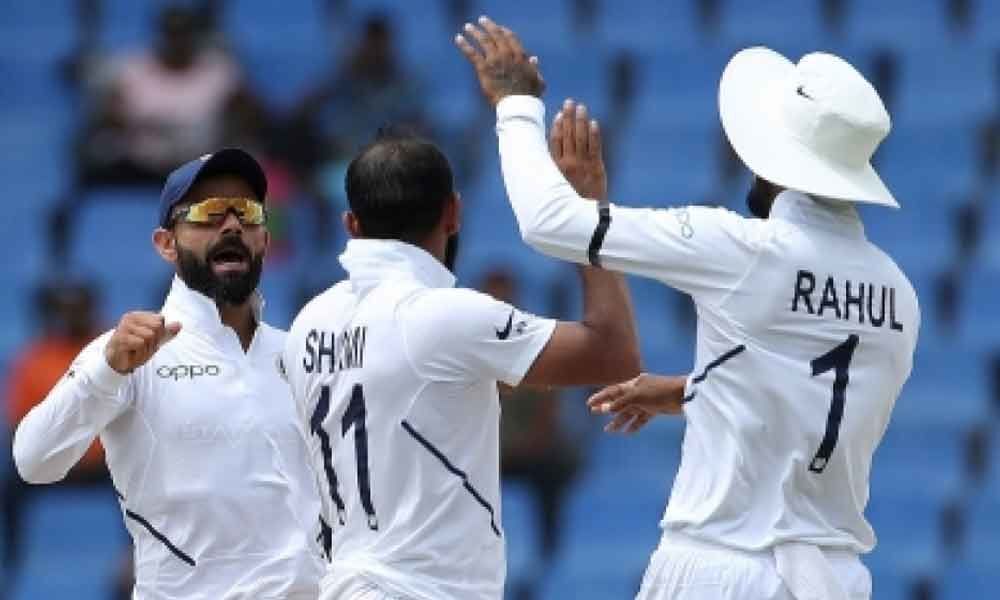 North Sound (Antigua) : India on Saturday dismissed West Indies at 222. The home skipper Jason Holder and Miguel Cummins provided resistance to the Indians for much of the first session. India have thus taken a lead of 75 runs on Day 3 of the first Test in Antigua.

India were frustrated by Holder and Cummins, with the latter eventually being dismissed for a 45-ball duck. Ravindra Jadeja seemed to have got his second wicket when the umpire raised his finger for a caught behind appeal against Cummins. However, the latter reviewed that decision and replays showed that there was clear daylight between bat and ball.

But India got the breakthrough an over later, when Mohammed Shami got a nick off Holder. There was no doubting the decision this time and Holder walked having made 39 off 65 balls.

The West Indies innings did not last long after that, with Jadeja dismissing Cummins off the first ball of the next over. Cummins fell for the fifth longest duck in terms of balls faced in Test history.