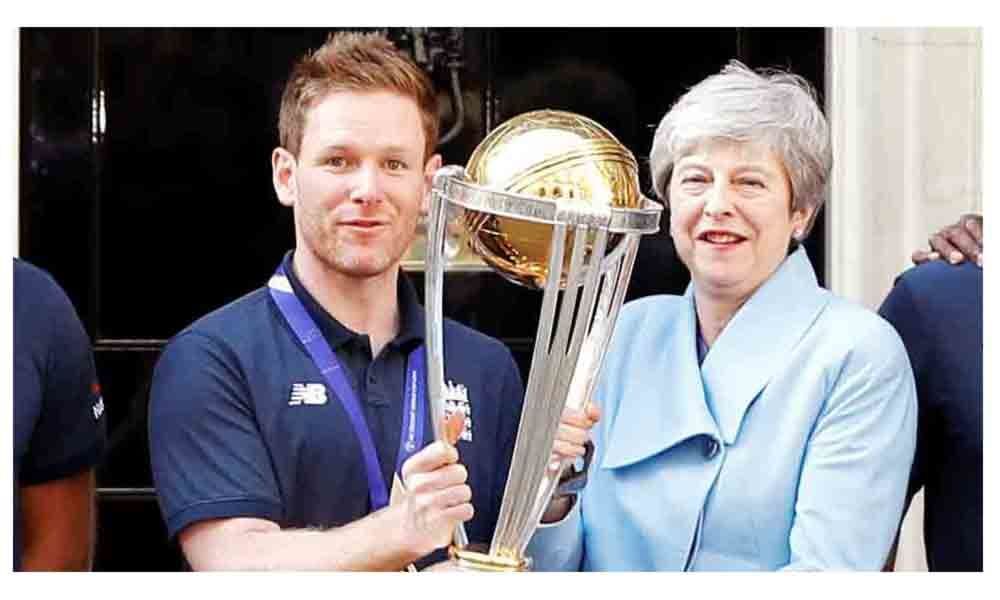 Andrew Strauss, England team director, is all praise for captain Eoin Morgan, saying he has climbed Everest -- the highest mountain in the world -- by winning the World Cup 2019.

London (IANS): Andrew Strauss, England team director, is all praise for captain Eoin Morgan, saying he has climbed Everest -- the highest mountain in the world -- by winning the World Cup 2019.

On July 14, Morgan-led England ended the 44-year-old drought to become world champions when they defeated New Zealand on boundary count in the summit clash of the 2019 edition of the showpiece event. "The question for him is what he wants to achieve here," ESPNcricinfo quoted Strauss as saying, "because he has climbed Everest. That is the question for all the players, because we have made mistakes in the past. We've won Ashes series and got to No.1 in the world and thought that was the end in itself.

"We have to find a way of making this a launchpad for something bigger and better and that is a huge challenge," added Strauss. The former England skipper also said that it's upto Morgan to decide whether he wants to lead the side or not.

"I certainly hope that what he is doing right now, unless he is absolutely clear he wants to carry on, is just taking a bit of time to reflect where he is at," said Strauss. "To stay on as captain he needs to be driven and motivated to push people on as he has done over the last four years and if he has the bit between his teeth then we've seen just what a fantastic leader he is," he added.

Wicketkeeper-batsman Jos Buttler, who is currently vice-captain in all three formats, is Morgan's most likely successor. He has previously led the side in six ODIs and four T20Is.