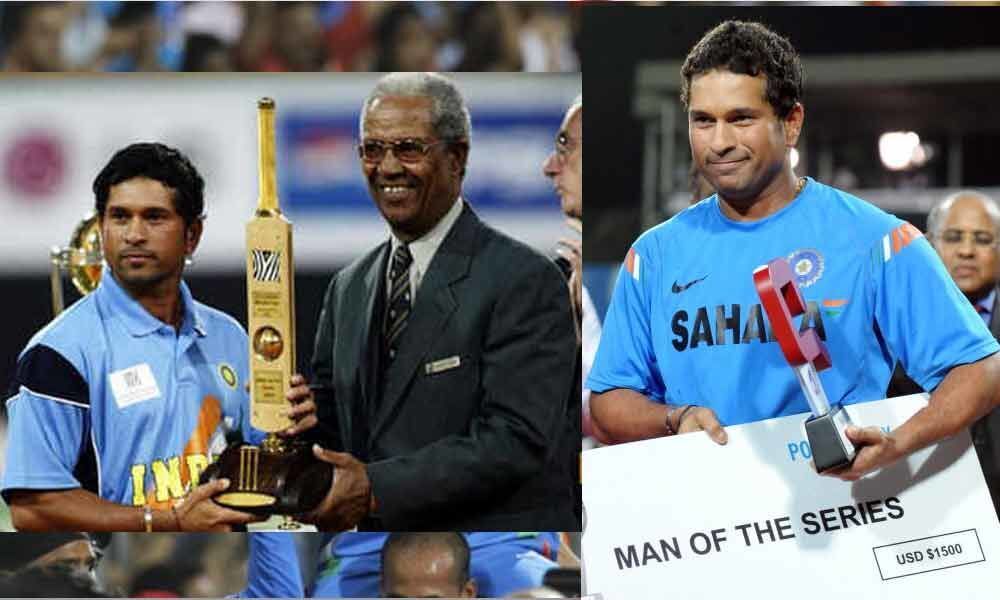 Sachin Tendulkar had appeared in 6 World Cups and has 9 MoM awards against his name.

In the World Cup, the most successful individual is Sachin Tendulkar. Apart from being the top scorer, he has also marked his name on the record for the most 'Man of the Matches' in the World Cup.

Sachin Tendulkar had appeared in 6 World Cups and has 9 MoM awards against his name. The 'Master Blaster' bagged his first MoM for scoring 54 runs and picking 1 wicket award against Pakistan. He was presented by two more MoM awards for his fine knocks of 98 and 85 runs respectively in the year 2003 and 2011 (Semi-Final) against Pakistan.

The all-time great had scored six centuries in the World Cups but he received MoM awards only for his three centuries which were, two against Kenya and one against Namibia. In WC 1996, while chasing a low target of 174 against West Indies, he played a knock of 70 runs and was declared the MoM. For his elegant knocks of 81 runs twice against Zimbabwe, one in 1992 and the other in 2003, Sachin was given two MoM.