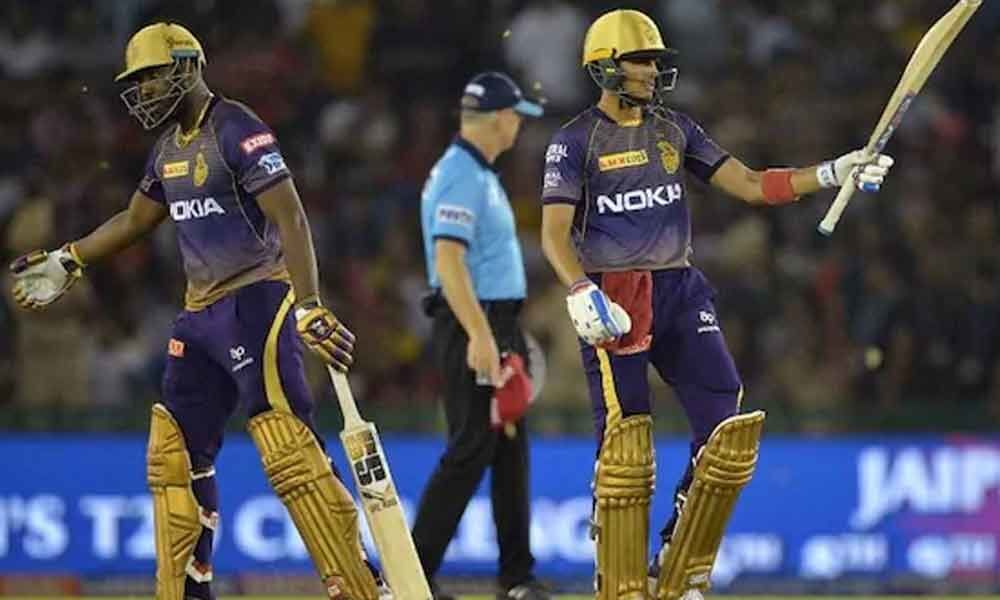 Shubman Gill showed maturity beyond his years as Kolkata Knight Riders knocked out Kings XI Punjab by seven wickets on Friday to stay afloat in the Indian Premier League. Chasing a target of 184, the 19-year-old Gill showed his range on his 'home turf' with an attractive 65 not out off 49 balls, anchoring the chase after Chris Lynn (46 off 22 balls) set the pace with some big hits in the Powerplay overs. Not only did KKR reach the target in 18 overs but they also improved the net run-rate as they now have 12 points with a must-win away game against Mumbai Indians left.

The opening duo added 62 in 6 overs before Lynn was dismissed having hit five fours and two sixes.

However Shubman Gill's batting was a treat for the eyes as he literally toyed with KXIP skipper Ravichandran Ashwin hitting him for 18 runs in an over.

There was a six over long on where he came down the track and another slog sweep behind square.

The half-century came with a deft late cut which prompted his happy father to break into a bhangra.

In the end, skipper Dinesh Karthik (21 off 9 balls) finished the match with a flourish.

Earlier, youngsters Sam Curran and Nicholas Pooran displayed belligerence as Kings XI Punjab put on a respectable 183 for 6 against Kolkata Knight Riders after being put into bat.

While Windies' Pooran smashed 48 off 27 balls to give the innings initial impetus as he added 69 runs for the third wicket with Mayank Agarwal (36 off 26 balls), Englishman Curran walloped KKR bowlers to smash an unbeaten 55 off 24 balls to take the score past 180-run mark.

For KKR, fast bowler Sandeep Warrier (2/31) was the most impressive as he removed the opening pair of Chris Gayle (14 off 14 balls) and KL Rahul (2 off 7 balls) in quick succession.

However Pooran again showed his big-hitting prowess, hitting four sixes apart from three boundaries as he found an able partner in Agarwal.

Pooran was unlucky to miss out on a fifty as he was holed out in the deep mid-wicket region trying to hit a Nitish Rana half-tracker for six.

Once Agarwal and later Mandeep Singh (25) got out, it seemed that KXIP will have to settle for less than 170 but Curran had other ideas as 32 runs came off the last two overs.

In the 19th over, Curran hit Andre Russell for a couple of boundaries, before launching into countrymate Harry Gurney, hitting him for 22 runs, which included three fours and a big six. In all, Curran hit seven fours and two sixes.