Smith played an unbelievable shot and it felt like Sachin bat: Langer 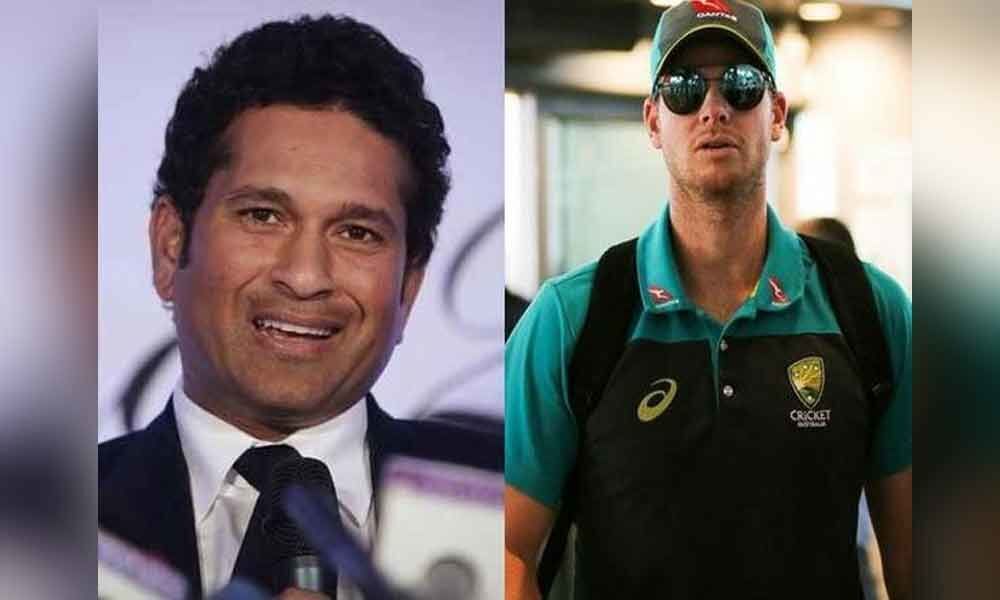 "Last week in Brisbane, (Smith) batted beautifully, he played an unbelievable shot off Nathan Coulter-Nile there - it was like watching Sachin bat. He's in pretty good shape I think," cricket.com.au quoted Langer, as saying.

"(I) watched Steve Smith batting against New Zealand in those three practice games, he's literally a master of the game, so it's nice to have him back. He loves batting - he's shadow batting on the sand, he's shadow batting in the shower - I'm not joking," he added.

Delighted with Smith's progress going into the ICC Men's Cricket World Cup 2019, the head coach called him Australia's success at the tournament. The 29-year-old scored unbeaten 89 and 91 in the warm-up games against New Zealand XI in Brisbane last week.

As the upcoming 50-over tournament is expected to be a high-scoring, Langer said Australian bowling would be critical as the ongoing one-day international series between England and Pakistan has made it clear that scoring 350 is not proving safe.

"There's a lot of talk about batting now in white-ball cricket, but our bowling is absolutely critical. In T20, it's absolutely critical and the same in ODI cricket. You're going to have pretty thick skin to do well in international cricket, particularly on the flatter wickets and the fast outfields and the big squares we play on in England. They're going to have to have thick skin, but they're physically and mentally tough, and they'll be ready for it," he said.

Moreover, Langer said that the defending champions know what it takes to be a successful side and will perform in that way only. Australia are the most successful side, having won in 1987, 1999, 2003, 2007 and 2015.

Australia will play England and Sri Lanka on May 25 and 27 in the warm-up games before opening its World Cup campaign against Afghanistan on June 1 at the Bristol County Ground.