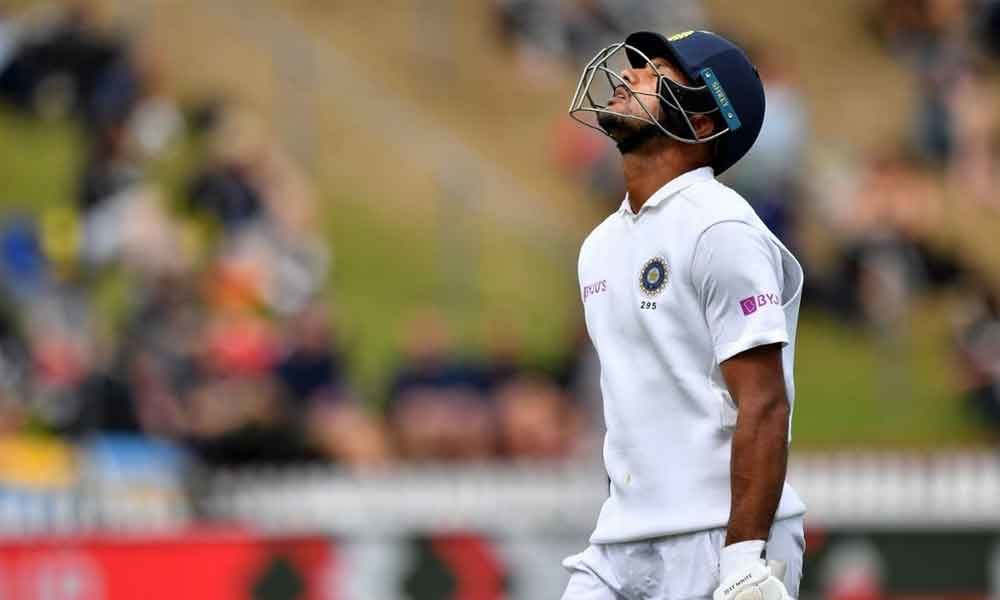 Indian opener Mayank Agarwal said the tricky Basin Reserve wicket was very difficult to negotiate for the visiting batsmen and what made it worse was...

Indian opener Mayank Agarwal said the tricky Basin Reserve wicket was very difficult to negotiate for the visiting batsmen and what made it worse was debutant New Zealand seamer Kyle Jamieson's "terrific" consistency on the opening day of the first Test here.

Agarwal (34) was the only batsman, apart from vice-captain Ajinkya Rahane (38 batting), who was able to counter the New Zealand seamers . "As a batsman, you never felt that you were completely in because even after lunch, it was doing a little bit."

Agarwal praised Jamieson's effort, saying he was impressed with the way he mixed it up. "I thought he (Jamieson) bowled exceedingly well. He hit good areas and he got good bounce.

The way he used the new ball was fantastic and he kept testing us bowling in the right areas.

"Since the wicket was soft, he was getting extra kick as well. As a batsman, you have to make that little extra adjustment to the bounce, which can be a little tricky," explained the opener.