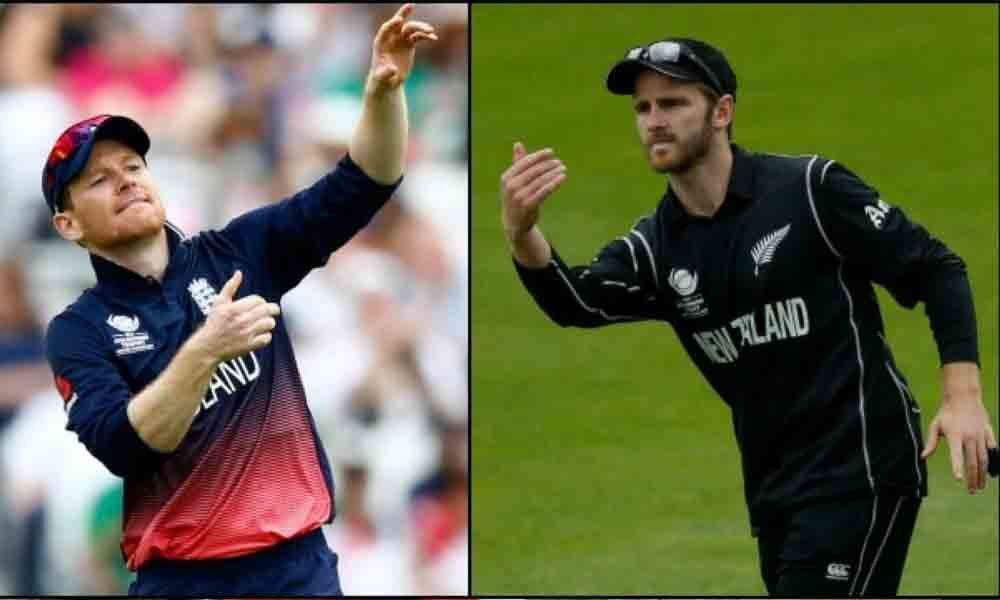 The ICC Men's Cricket World Cup 2019 is all set to draw to a close. The final game of the showpiece event will witness hosts England cross swords with New Zealand in a showdown to clinch the cricket world's most coveted prize.

The ICC Men's Cricket World Cup 2019 is all set to draw to a close. The final game of the showpiece event will witness hosts England cross swords with New Zealand in a showdown to clinch the cricket world's most coveted prize.

While the home of cricket, Lord's, is all in readiness to host the contest, fans across the globe have been gearing up to see a new side take the crown as the World Champions for the first time in history.

England will be taking the field high on confidence. The Men in Blue have pipped India, New Zealand and Australia in their previous three encounters and will be determined to cross the final frontier that lies ahead.

Looking solid in all three departments, the hosts coming as daunting opponents. While the batting order, boasting the likes of Jason Roy, Jonny Bairstow, Joe Root, and Ben Stokes, looks to be functioning in top gear, the bowling has been spearheaded exceptionally well by Jofra Archer and Chris Woakes. With the concerns of Adil Rashid's form too fading away in their last game against Australia, the bowling unit seems to have hit the groove at the right time.

New Zealand, on the other hand, will have their tails up after overcoming the Indians in the semi-final. The Kiwis will be marking their second World Final on Sunday and will be determined on scripting glory this year unlike in 2015. However, they'll have to address several issues to achieve the same.

The form of their openers comes as a major worry for the Men in Black ahead of the big clash at Lord's. Both Guptill and Nicholls haven't been among the runs in the competition so far, causing excessive load on Kane Williamson and Ross Taylor. The likes of Latham, Neesham and de Grandhomme too will need to hit the nail if the need be.

England are not likely to make any changes to their side. The Eoin Morgan side will be entering the final on the back of three back-to-back victories and will be looking to stamp authority with their winning formula.

New Zealand too wouldn't want to tamper the team from their previous win against India. While they might be tempted to replace the out-of-form Martin Guptill with Colin Munro, it is highly unlikely that the big right hander will be omitted from the side, given his ability to change the game single-handedly.

While England are touted to be the firm favourites to lift the cup, it would a major blunder to count New Zealand out. The blackcaps have been led exceptionally well by Kane Williamson and stand as a force to reckon with in the limited overs format. Expect them to cause an upset on Sunday to surprise many in what is likely to be a crackerjack of a World Cup final.