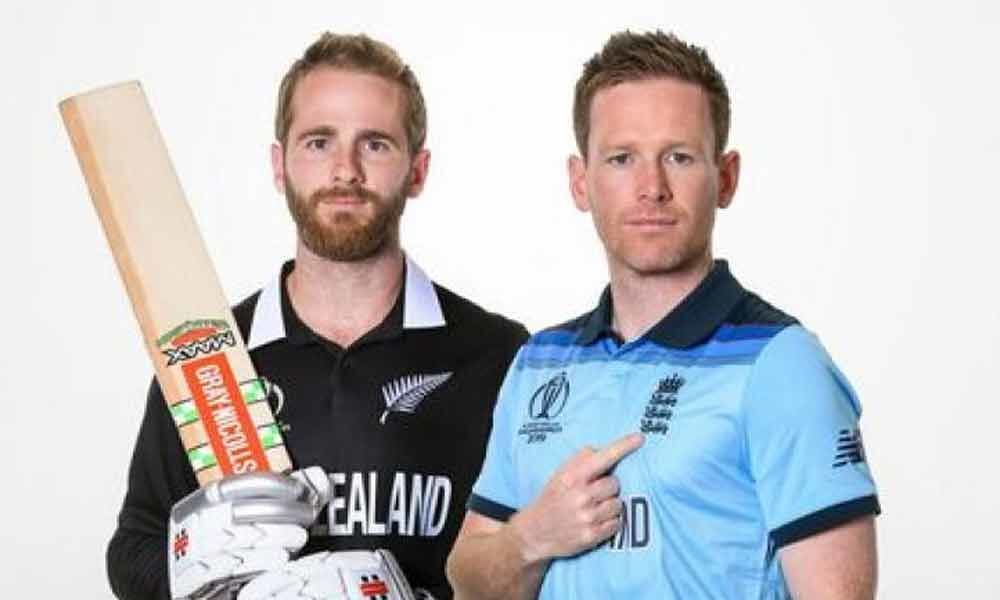 The world order in cricket will witness a new dawn when a title-starved England, led by an Irish, meet their match in New Zealand's feisty Black Caps in a World Cup final that will produce a new champion come Sunday.

London: The world order in cricket will witness new dawn when a title-starved England, led by an Irish, meet their match in New Zealand's feisty Black Caps in a World Cup final that will produce a new champion come Sunday. England's global ambitions have never been fully realised since Sir Alf Ramsey's team won the 1966 FIFA World Cup. Whether it is Gary Linekar or Hary Kane, the 'Cup' that they desperately want never came home during the last five and half decades.

Even the 'Three Lionesses' – England's women football team under their mercurial manager Phil Neville -- had insane following during their World Cup campaign that ended in a heartbreaking semi-final defeat. This was at a time when Eoin Morgan's men were going through a roller coaster ride but were hardly followed. Parched for success, in this backdrop arrives a cricket team, which on other days can't be followed because the sport in UK is no longer free to air. But on Sunday, as all roads would lead towards Saint John's Woods, for a day, football will take a back seat.

Never ever had an England limited overs team fired the imagination of cricket loving public in general with their aggressive brand of cricket like the current one, the turnaround that started after their exit at the group league stage of the 2015 World Cup. New Zealand, on the other hand, have banked on a committed bunch of individuals with a quiet yet assertive leader in stylish Kane Williamson, who would like to go one better than his predecessor Brendon McCullum during the last edition. At the hallowed Lord's, England will certainly start as favourites with perhaps the most destructive 50-over batting line-up comprising Jonny Bairstow, Jason Roy, Joe Root, Jos Buttler and Ben Stokes.

The 'Famous Five' of England's '50-50' line-up would like to ensure that they are fourth time lucky after missing out in 1979, 1987 and 1992. They are way superior in quality from the batch of 1979 that played final against the mighty West Indies. The legend has it that Mike Brearley (64 off 130 balls) and Geoffrey Boycott (57 off 105 balls) during their 129-run stand in pursuit of 287 off 60 overs (quite an ask in those days) were so defensive in their approach that West Indies didn't want to get them out. In 1987, England captain Mike Gatting played the most infamous reverse sweep off his opposite number Allan Border in the history of the game which cost them the final at the Eden Gardens.

The 1992 though was more about a genius called Wasim Akram, who bowled a couple of deliveries to Ian Botham and Allan Lamb that one could dream of but would find extremely difficult to execute. However those were the teams of different eras where Test players also played 50-over cricket. This team has Test players who are also game changers in ODI cricket with their explosive power-hitting skills. Roy (426 runs) and Bairstow (496 runs) have been intimidating in this tournament and Trent Boult and Matt Henry would love to repeat their semi-final show in the final too.

Joe Root (549) has exactly been what England needed in the tournament, a stable man holding the middle-order yet playing his strokes. Ben Stokes has teed off whenever he got a chance and perhaps Buttler is the only who is due for a big knock. Whatever the condition of the pitch is, England wouldn't mind bowling first as Joffra Archer (19 wickets), Chris Woakes (13 wickets) and Liam Plunkett (8 wickets) have been phenomenal. Even Mark Wood (17 wickets), despite some inconsistencies, has been good and Adil Rashid (11 wickets) has fired in the semi-final when it mattered. New Zealand, despite their final loss to Australia at an imposing MCG, wouldn't carry much of a baggage even though they have six players with the experience of playing a big final, unlike England which has none.

Williamson (548 runs), possibly the most loved and respected cricketer (even if his twitter following is remarkably less than any average India player), will like to play one good knock and expect a bit more support from Martin Guptill (167 runs) and Ross Taylor (335 runs). Then a bit more support from a disciplined Mitchell Santner or the real 'three-dimensional' players like Jimmy Neesham and Colin de Grandhomme, the Black Caps could suddenly look more menacing than what they seem on paper. In the end, however, even if England win, cricket will never ever topple football. Ditto for New Zealand where 'All Blacks' – the world beaters in rugby has captured the imagination for years now, and a cricket World Cup is unlikely to change that.