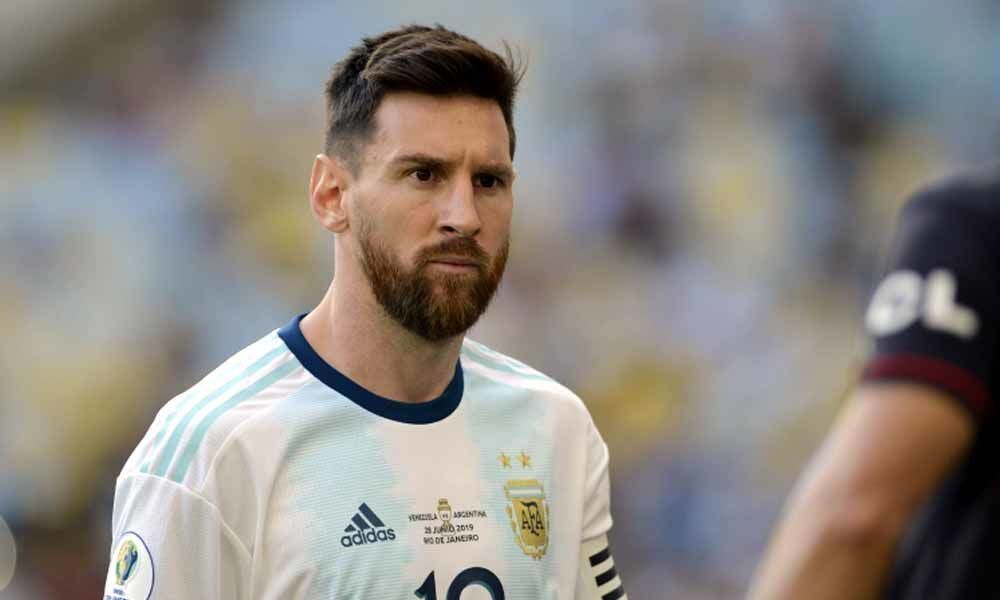 Lionel Messi said he was not having his best Copa America tournament but Argentina's performance against Venezuela was complete.

RIO DE JANEIRO: Lionel Messi said Argentina would take on hosts Brazil on an equal footing in the Copa America semi-finals after beating Venezuela 2-0 on Friday.

It was the Argentines' best performance yet in a tournament they began with 2-0 defeat to Colombia followed by a 1-1 draw with Paraguay.

"It's difficult to give a favorite between Argentina and Brazil, even more so in this Copa America where anyone can beat anyone," said the 32-year-old Barcelona star ahead of Tuesday's semi-final in Belo Horizonte.

"We respect them, we know what Brazil represent," he added.

The hosts struggled to make the semi-finals, toiling for more than 40 minutes against 10 men before beating Paraguay on penalties following a 0-0 draw in Porto Alegre on Thursday night.

"We're in good form to take on Brazil, but we'll have to be very focused," said five-time Ballon d'Or winner Messi, who admitted he's not at his best.

"I'm not having my best Copa America," he said.

But as a team, Messi said their performance against Venezuela was "complete."

"Defensively we didn't have any problems and the team was very solid at all times.

"We didn't leave them any spaces when they went looking for them. We were very united and waited for the opportunities to counter quickly."

Having already been scathing about the Gremio Arena pitch in Porto Alegre -- as was Brazil coach Tite following their quarter-final there -- Messi hit out at the general state of the surfaces in Brazil.

"Honestly, the pitches are really difficult, they don't favor good football. The ball bounces in every direction, but it's the same for everyone," he said.

Venezuela's coach Rafael Dudamel said the team's Copa campaign would stand them in good stead in qualifying for the 2022 World Cup in Qatar, noting that his team was "getting stronger, more mature."

"What will come will be more demanding and we've created in this Copa America a very competitive team, that's how we must continue," he added.

"This leaves us bitter, unsatisfied, but it's part of the journey we must embark on to forge the team's character."

Captain Tomas Rincon regretted Venezuela's slow start that saw them overrun by an effervescent Argentina that took the lead after just 10 minutes.

"We didn't start well in the first half and maybe that cost us the qualification because we lacked a bit of the character to get through those first few minutes," said Rincon.

"But we had a great Copa America, we're improving, next up is (World Cup) qualifying and we'll give it everything.

"We showed we can compete with anyone, in the second half we pushed Argentina back, but through luck and individual incidents they won the match."