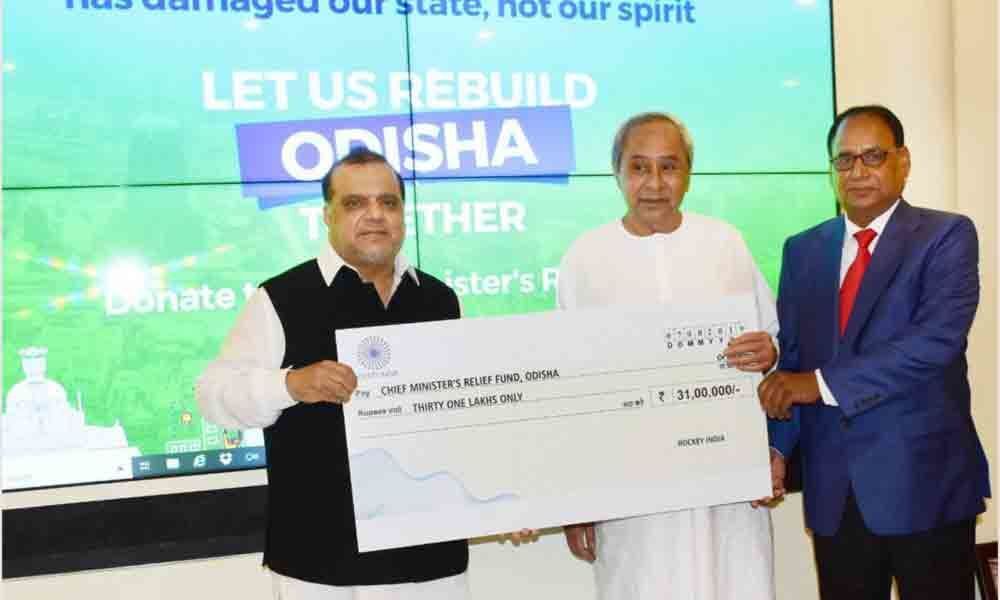 HI president Md Mushtaque Ahmad and Indian Olympic Association chief Narinder Batra on Wednesday jointly presented the cheque to Odisha Chief Minister Naveen Patnaik here. The money donated has been collected from the proceeds of the sale of match tickets of FIH Men's Hockey Series Finals held here from June 6 to 15. HI had earlier promised to donate the entire profit from sale of tickets to Chief Minister's Relief Fund after Odisha was battered by the cyclone just a month before the FIH Series Finals.

"Cyclone Fani had caused extensive damage and loss to Odisha earlier this year. However, the FIH Men's Series Finals was successfully conducted in June 2019 in Bhubaneswar with the love and support of the state government and the people of Odisha," HI said in a statement. Severe cyclonic storm 'Fani' caused havoc in Odisha, affecting approximately 1.5 crore people.