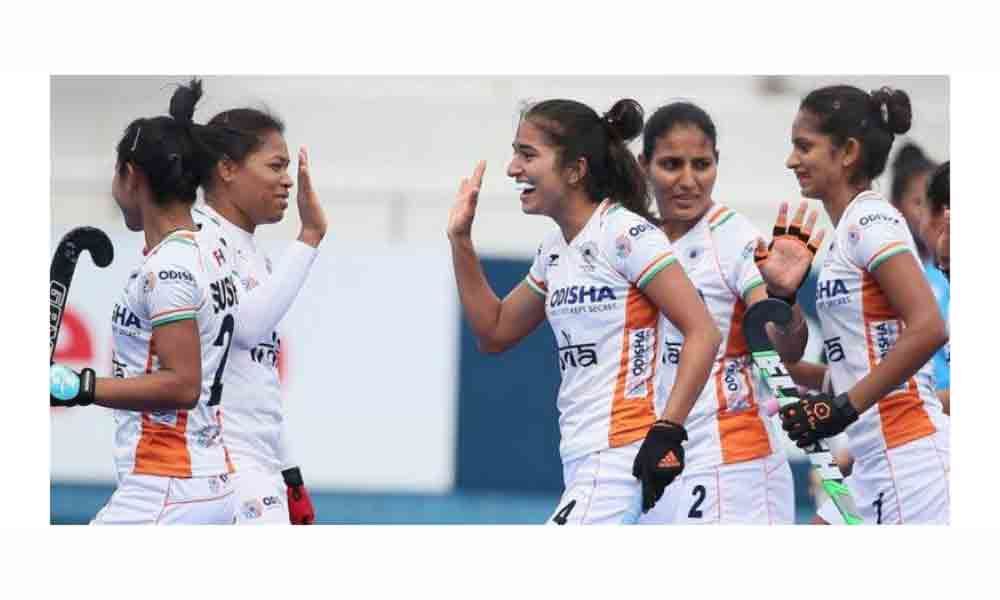 Title contenders India will start as overwhelming favourites against lower-ranked Chile in the semifinals of the women's FIH Series Finals hockey tournament here on Saturday.

The ninth ranked Indians are unbeaten so far in the tournament, having registered

India are expected to win hands down against world no. 16 Chile.

India are just one win away from securing their place in the final round of Tokyo Olympic qualifiers to be held later this year with two top spots up for grabs from here.

In all their pool matches, India plenty of scoring opportunities but conversion rate is an area which is of a little concern for chief coach Sjoerd Marijne.

"We want to perform at the highest level possible and I believe there is still room for improvement," Marijne had said.

"Our conversion rate can definitely be higher and if that happens it will be easier for us to win matches." In the last match against world no. 44 Fiji, Gurjit Kaur slammed four goals, including a hat-trick and the drag-flicker would look to carry her form in the remaining games of the tournament.

Skipper Rani Rampal said they can't afford to take any team lightly. "We are looking forward to the semifinal. We just have to just focus on ourselves. We have to give our best," Rani had said.

Chile, on the hand, finished second in their pool and had to go through the cross-overs to seal their place in the last-four round. Chile defeated Mexico 7-0, hosts Japan 3-1 before being stunned by world no. 25 Russia 2-5.

But in the cross-overs, Chile edged past Uruguay 5-2 to set up a last-four encounter against India. In the other semifinal, Russia will take on world no. 14 Japan.