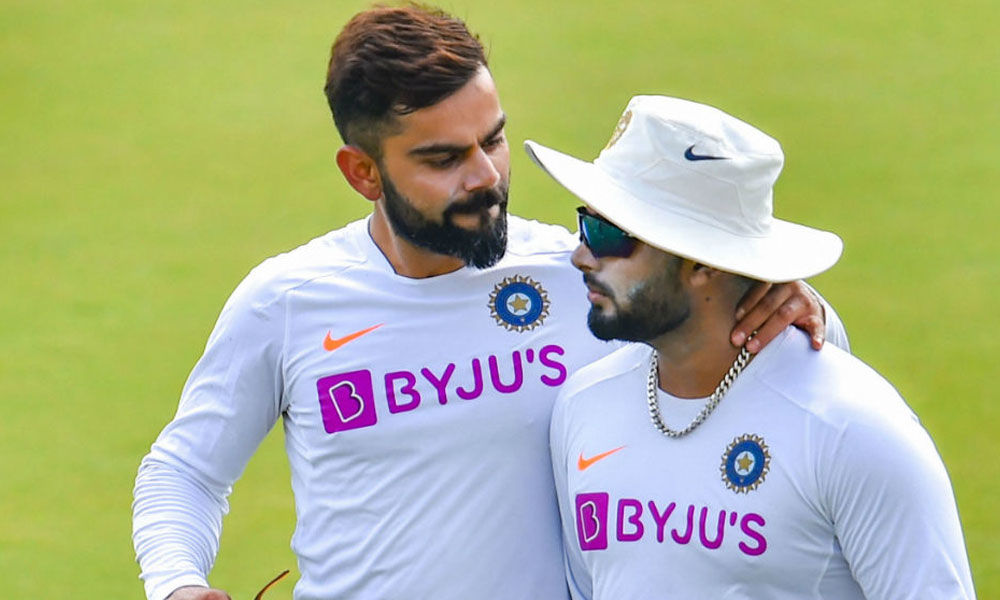 Indian skipper Virat Kohli has confirmed that Rishabh Pant will retain his place as the wicketkeeper-batsman in the team ahead of the first Test against England, starting on Friday in Chennai

Indian skipper Virat Kohli has confirmed that Rishabh Pant will retain his place as the wicketkeeper-batsman in the team ahead of the first Test against England, starting on Friday in Chennai.

Wriddhiman Saha played the first Test against Australia in the recently concluded Border Gavaskar Trophy Down Under. However, the Bengal cricketer was dropped after a poor show with the bat. Pant, who played the remaining three Tests, finished as India's leading run-scorer with 274 runs at an average of 68.50. He played a match-winning unbeaten knock of 89 runs off 138 balls during India's chase of 338 on the final day of the last Test at the Gabba.

Pant's heroics led India to their first-ever Test win in Brisbane and also handed Australia their first Test loss at the venue in as long as 32 years.

"Rishabh (Pant) will start tomorrow. He had a massive impact in Australia and is in a good head space. We want to continue with him. The Chepauk pitch looks good to bat on, but I think it will also have something for the quicks. The combination we have had in the past, where players can bat and bowl, will be our outlook going forward," Kohli said at a pre-match press conference on Thursday.

Earlier in an interview, Pant – who had hit the winning runs in the fourth Test at the Gabba – recalled the last few moments of the historic game.

"When I played the lost shot, I felt the ball hit the bottom of the bat. The outfield was also slow. So when the ball was travelling, I told Saini (non-striker). I told him Saini '3, not 2 but 3'. His groin injury slipped my mind and I was running fast.

First run, I closed my eyes and ran. While running the second run, I noticed that the mid-off fielder didn't even chase the ball. I was wondering 'why is this fielder not running?'. Then I noticed, the ball was going towards the boundary, then I was filled with joy. I was shouting 'Saini 3, we have to run 3'. Saini was running on one leg. It was fun," added Pant in the interview.

The first Test between India and England will mark the return of international cricket to the country after a gap of 11 months. The four-match Test series will decide which team will face off against New Zealand in the final of the World Test Championship (WTC) at Lord's Cricket Ground later in the year. After Australia decided not to tour South Africa because of the pandemic, Kane Williamson's side automatically qualified for the final.

The Test series between India and England will be followed by the limited-overs leg, comprising five Twenty20 Internationals (T20Is) and three One-Day Internationals (ODIs). While the first two Tests are scheduled to be played in Chennai, the last two will be held in Ahmedabad at the Sardar Patel Stadium and the venue will also host the shortest format matches. The ODIs will be played in Pune.