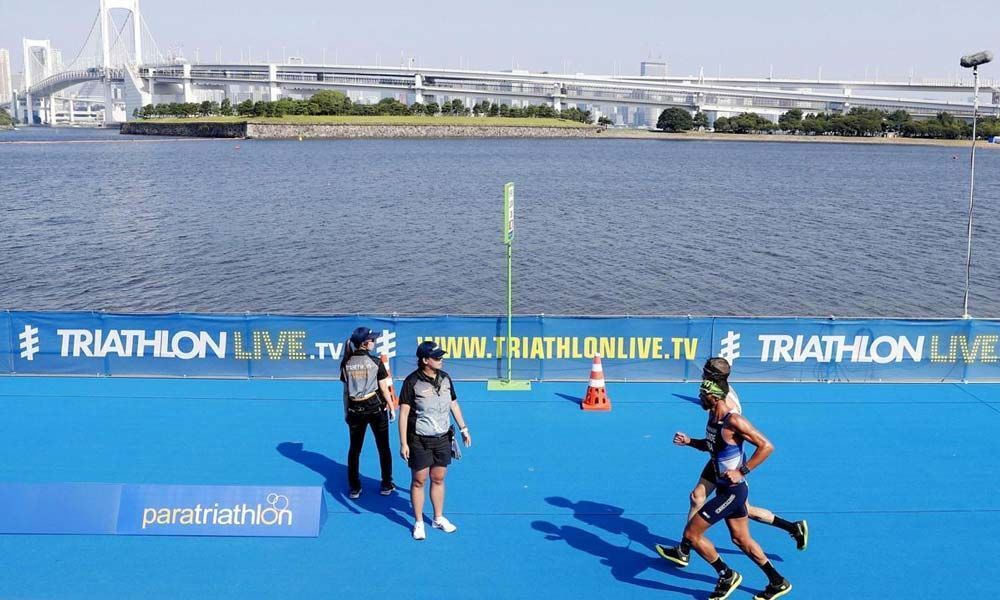 The swimming section of a para-triathlon test event for Tokyo 2020 was cancelled Saturday due to high levels of bacteria in the water, the latest in a series of difficulties over water quality and temperature.

Tokyo: The swimming section of a para-triathlon test event for Tokyo 2020 was cancelled Saturday due to high levels of bacteria in the water, the latest in a series of difficulties over water quality and temperature.

Olympic organisers have won widespread praise for their preparations but extreme summer heat and poor water quality have brought headaches at practice events, with less than a year to go until the opening ceremony. The International Triathlon Union (ITU) shelved the swimming leg after tests showed levels of e-coli more than double the acceptable standard.

The 70 para triathletes instead competed in a duathlon format with two runs and a bike race. "I'm so sorry for athletes that we could not prepare the competition conditions effectively," Shinichiro Otsuka, managing director of Japan's Triathlon Union, told reporters. "It was regrettable," he said, vowing to step up preparations for Sunday's Mixed Relay. Former British paralympic triathlete Clare Cunningham tweeted that Saturday's decision to abridge the race was "disappointing for all".

It was the latest setback at a test event for Olympic organisers after extreme temperatures women's triathlon run was cut short due to extreme heat in the Japanese capital on Thursday, with French triathlete Cassandre Beaugrand was taken to hospital for suspected heatstroke. Around a dozen competitors and spectators also fell ill at a rowing test event, also due to high temperatures, as Tokyo swelters through a deadly heatwave. Competitors at a marathon swimming test event on Sunday complained of smelly water and high water temperature at Odaiba Bay, the location for long-distance swimming and triathlon.

Organisers are desperate to avoid the embarrassment of the 2016 Olympics in Rio when the pool used for diving events turned an unsettling shade of green overnight. Brazilian officials also had to scramble to clean up the bay used for sailing and windsurfing that was plagued by sewer bacteria and filthy with rubbish. In October 2017, Tokyo 2020 organisers were left red-faced after tests revealed levels of e-coli bacteria more than 20 times higher than international standards, sparking doubts about the venue's safety.

At the time, the organising committee blamed prolonged summer rain that had brought pollutants from offshore for the high readings between late July and early September. A year later, organisers said that tests using underwater "screens" to filter the water had successfully reduced bacteria levels at the venue. "We will keep doing our best to secure a safe and sound environment for athletes towards the Games next year," Tokyo 2020 spokesman Masa Takaya said Saturday.