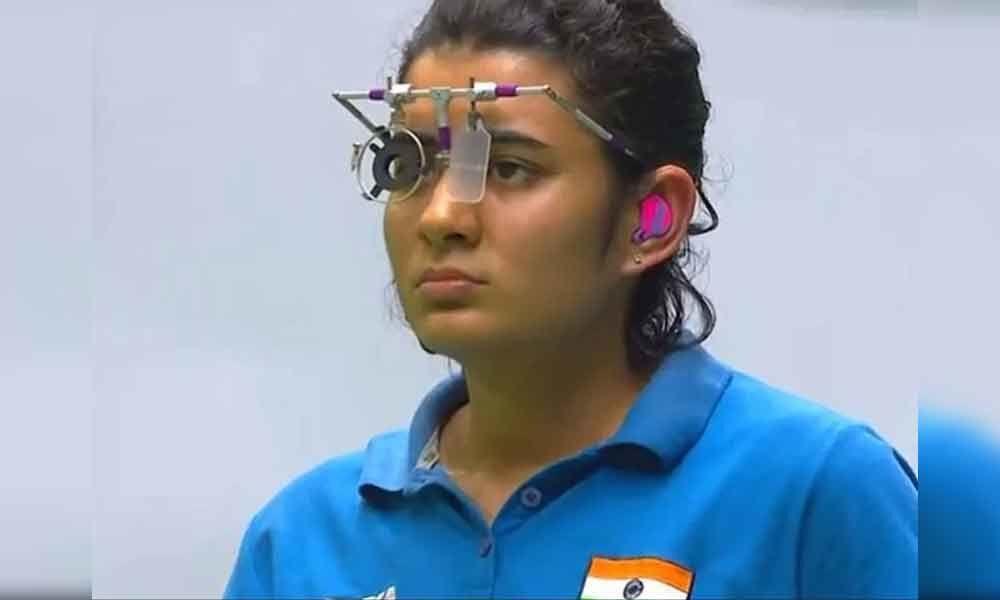 The 22-year-old former junior world champion recorded a score of 236.7 in the eight-women final of the season's fourth World Cup for pistol and rifle shooters.

World no.1 Kostevych claimed the silver with 234.8, while Serbia's Jasmina Milavonovic bagged the bronze with 215.7.

Yashaswini, a student of Economics, had also topped the qualifications by a mile, aggregating a score of 582.

Playing her fifth senior World Cup and only her second final, Yashaswini led from the first shot, but for the 15th when she fell just 0.1 behind.

She, however, regained her lead on the 16th shot of the 24-shot final.

The Indian though fumbled in between, like during the 21st shot when she scored a 9.7 as against Kostevych's 10.9.

But she roared back in style immediately with a 10.5 to stay clear of the race. Her two final shots wherein the 9s, but importantly both were higher than those of her Ukranian opponent to emerge as the champion.

Among other Indian competitors in the event, Annu Raj Singh shot 572 for a 21st place finish while Shweta Singh finished 31st with a score of 568 in the qualifying.

Earlier in the day, Kajal Saini of India delivered a hugely improved performance in the women's 50m Rifle 3 Positions (3P) by finishing 22nd with a qualifying round score of 1167.

Former world champion in prone, Tejaswini Sawant finished 47th with a score of 1156.

In the men's 25m Rapid Fire Pistol, Adarsh Singh and Anish Bhanwala shot 291 out of 300 in the first precision round to be in 13th and 14th spots respectively.

The trio will come back for the final Rapid Fire round on Sunday to try and make it among the top six finalists.

The Indians also continued to do well in the non-competition Minimum Qualification Score (MQS) section. Manu Bhaker and Esha Singh finished 1-2 in the women's 10m Air Pistol, shooting scores of 580 and 577 respectively.