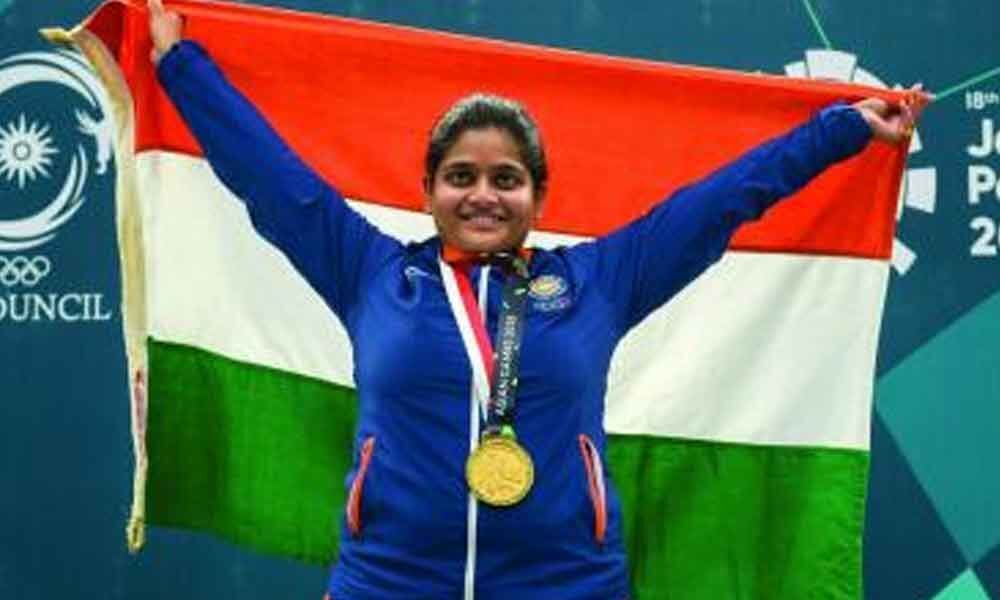 New Delhi: Rahi Sarnobat on Monday booked an Olympic quota place for India with a gold in women's 25m pistol event but it was teenager Saurabh Chaudhary who stole the limelight by setting a new world record en route to a yellow metal at the season's third ISSF World Cup in Munich.

Saurabh bagged his second World Cup gold of the year in men's 10m Air Pistol event, shattering both the senior and junior world records in the process.

In the women's final, another Indian in the fray, Manu Bhaker had a better start than Rahi, having five out of five hits in the first of 10 series of five shots each.

Rahi started with three hits. After the sixth series, Manu, Rahi and Olena Kostevych of Ukraine were jointly tied at the top with a score of 21.

Manu had an unfortunate double weapon malfunction in the seventh series and that was followed by shock elimination in the fifth place. Rahi, however, kept getting stronger, scoring perfect 5s in the 8th and 9th series to finish with 37 points.

Olena bagged silver with 36 and Bulgarian Antoaneta Boneva won the second available quota place by winning the bronze with a score of 26.

Earlier, Saurabh had set the ball rolling for India as he not only won the yellow metal but also shattered both senior and junior world records with a score of 246.3. Incidentally, he held both the existing records.

Silver medallist Russian Artem Chernousov though had lesser scores in the 9s in the 24-shot final than the Indian.

Saurabh beat him by close to three points in the eventual standings. He finished with a superb 246.3 to Artem's 243.8.