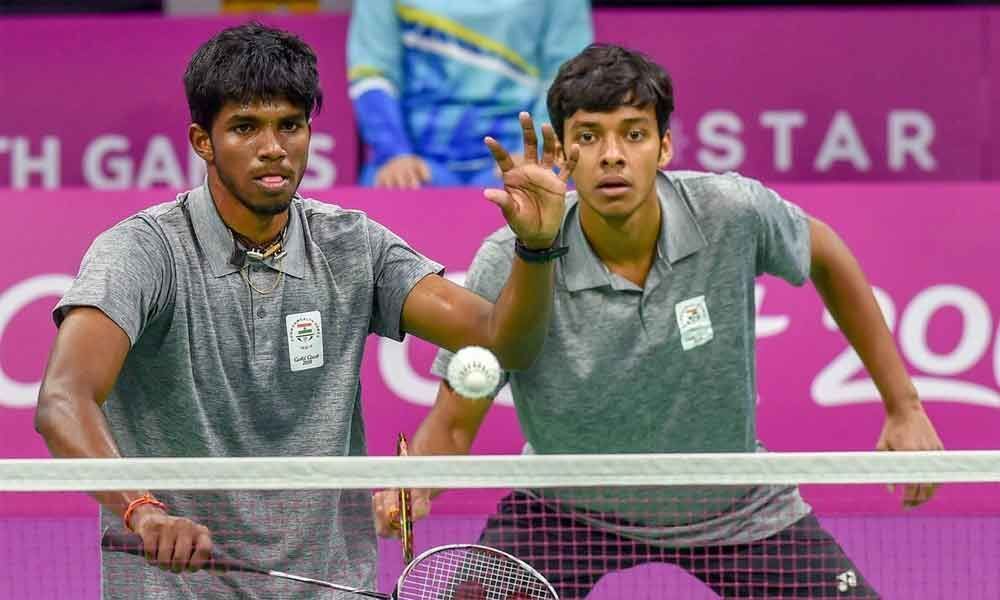 Satwiksairaj Rankireddy and Chirag Shetty on Saturday became the first Indian men’s doubles pair to enter the summit clash of a BWF Super 500 tournament with a three-game win in the Thailand Open semifinals, here.

Bangkok : Satwiksairaj Rankireddy and Chirag Shetty on Saturday became the first Indian men's doubles pair to enter the summit clash of a BWF Super 500 tournament with a three-game win in the Thailand Open semifinals, here.

The world number 16 Indian duo prevailed 22-20 22-24 21-9 against the 19th-ranked Korean team of Ko Sung Hyun and Shin Baek Cheol after battling hard for 63 minutes. It is first final of the 2019 season for Rankireddy and Shetty, the men's doubles silver medallist at 2018 Commonwealth Games.

The unseeded India combination will face third seeds Li Jun Hui and Liu Yu Chen of China in the summit clash on Sunday. Rankireddy and Shetty were slow off the blocks as the Korean pair had the better share of exchanges in the first game to lead 3-0 and then 11-10 at the break.

But after the break, the Indians lifted their game and drew parity at 13 apiece before surging ahead 20-18. But Hyun and Cheol pocketed two consecutive points to draw level at 20-20.

The Indians kept their composure and earned two crucial points to take the first game. It was the other way round in the second game as the Rankireddy and Shetty came out positive to take a 3-0 lead initially.

The Koreans, however, fought back with some smart play at the net and overhead smashes to lead 11-9 at the break, which they later extended to 19-12. But the Indian looked in no mood to surrender as they clawed back to make it 20-all.

The two pairs fought tooth and nail before the Koreans eventually pocketed the second game 24-22 to stretch the match into the decider.

In the final game, it was a cakewalk for the Indians as their Korean rivals failed to sustain the tempo. Rankireddy and Shetty started aggressively in the decider and easily sealed the match.