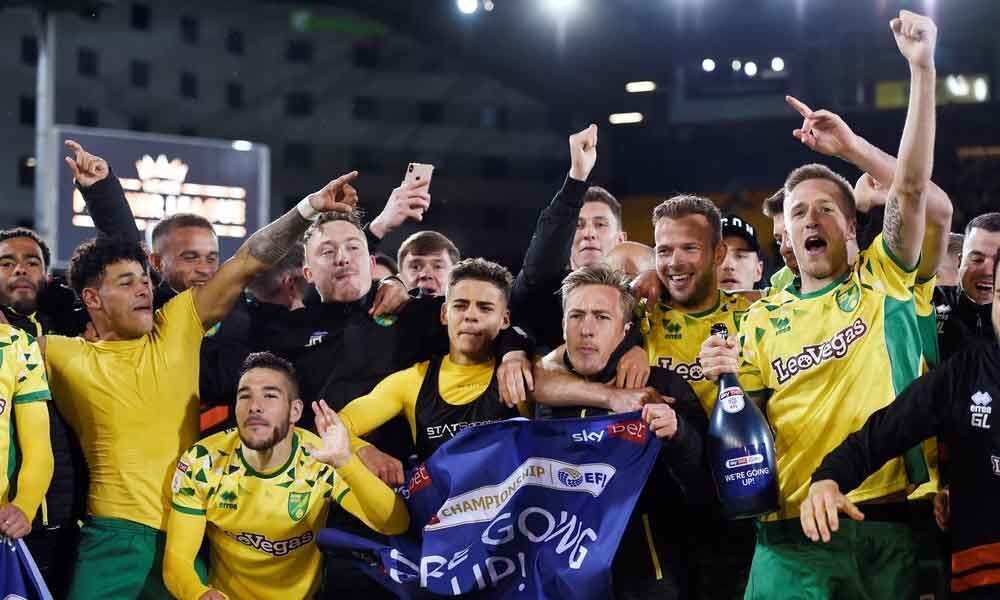 Norwich City sealed promotion to the Premier League with a 2-1 win over Blackburn Rovers in the Championship on Saturday, while Sheffield United are on the brink of joining them after a 2-0 victory over Ipswich Town.

Norwich City sealed promotion to the Premier League with a 2-1 win over Blackburn Rovers in the Championship on Saturday, while Sheffield United are on the brink of joining them after a 2-0 victory over Ipswich Town.

Norwich needed just a point to be sure of a return to the English top flight after a three-year absence, but goals from Marco Stiepermann and Mario Vrancic were enough to secure all three, sending Norwich back to the top of the standings.

Norwich are nine points clear of Leeds United — who have two games left to play — in third, while Sheffield United are six clear of Leeds after goals from Scott Hogan and Jack O'Connell helped them secure a third successive win.

Sheffield United's far superior goal difference to Leeds' (13) means it would take a monumental turnaround to deny them a return to the Premier League after 12 years.

"It's hard to find the right words," Norwich forward Stiepermann told Sky Sports. "The lads have been outstanding this season - we've had such a great spirit and such a great bond in the team.

"It feels completely unreal, it's a dream come true and I just feel so happy for the players because they all deserve it."

Sheffield United can still win the league as they trail Norwich by three points, and manager Chris Wilder insists his side are targeting the title, not just promotion.

"There's still a game to play, and we're going to go a try and win the Championship," Wilder said. "It's not finished yet.

"This has possibly been the longest week of my life. It's been a bit surreal, one defeat in 13 and an unbelievable run since Christmas."