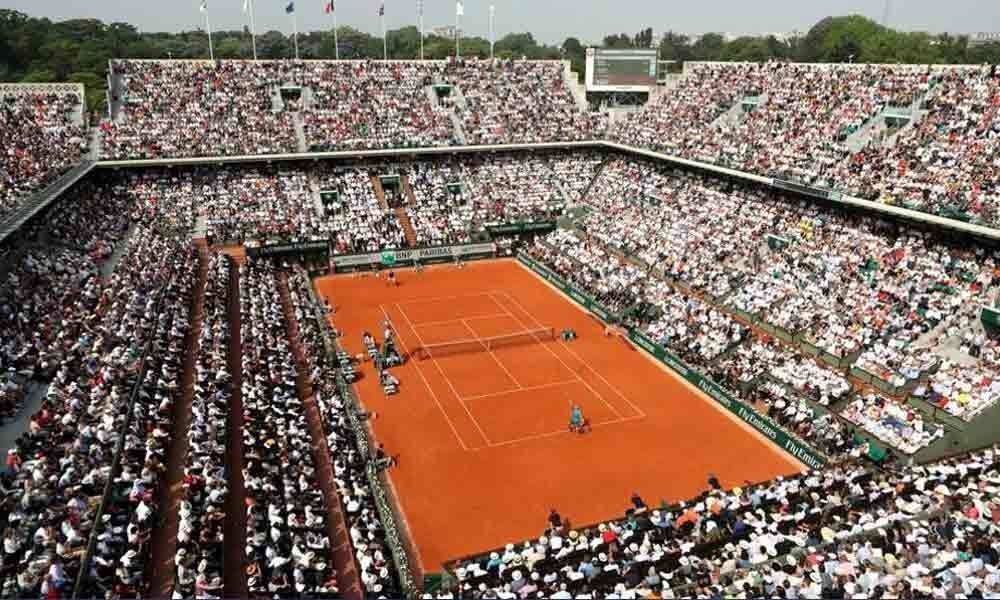 Almost three weeks before the world's best fight it out for the French Open titles, hundreds of players, including grizzled veterans and teenage hopefuls, have descended on Roland Garros for qualifying.

Paris (AFP): Almost three weeks before the world's best fight it out for the French Open titles, hundreds of players, including grizzled veterans and teenage hopefuls, have descended on Roland Garros for qualifying.

The men's opening round got underway on Monday, despite the tournament proper not due to start until Sunday, with 128 entrants playing for only 16 spots in the main draw. On Tuesday, 96 women will start their bids for just 12 places, with the potential rewards life-changing.

While former Grand Slam surprise packages Denis Istomin and Dustin Brown were going toe-to-toe in front of a smattering of spectators on Court 7, 23-time major champion Serena Williams was practising on the Philippe Chatrier show-court. Just two years ago, Istomin stunned Novak Djokovic in the Australian Open second round, but on the Parisian clay he fell to Brown -- the camper-van driving, shock Wimbledon conqueror of Rafael Nadal in 2015.

Serbian Viktor Troicki was ranked 12th in the world only eight years ago and has reached the second week at Roland Garros three times, but found himself having to battle past 267th-ranked German Kevin Krawietz out on Court 9. The 33-year-old is a lowly 256th in the rankings himself after a severe loss of form and fresh injury problems.

"Last time I was coming back I basically didn't have a ranking and came back to the top 100 really fast -- in three months -- but it's much tougher coming back from an injury when I'm a bit older now and my body is responding differently," Troicki told rolandgarros.com.

Robredo still going Some players just cannot seem to get enough of the sport despite appearing to have little hope of ever returning to its upper echelons.

The 37-year-old Tommy Robredo, a five-time French Open quarter-finalist who has accrued over $13 million in career prize money, saw his hopes of qualifying ended for another year with defeat by Germany's Rudolf Molleker -- 19 years his junior.

The prize for just reaching the early stages of qualifying cannot be sniffed at, with even the first-round losers taking home 6,000 euros ($6,704) after changes introduced this year by tournament organisers. But that figure is utterly dwarfed by the 40,000 euros on offer for first-round losers in the competition proper, and new rules saw a record-breaking eight men's lucky losers finding themselves a windfall last year. Marco Trungelliti was perhaps the most fortunate of the lot in 2018, having already returned to his base in Barcelona after his qualifying exit before finding out there might be a first-round spot on offer as an alternate.

His 10-hour car journey back to Paris, alongside his brother, grandmother and mother, captured the hearts of tennis fans, with his story further enhanced by a surprise victory over former Wimbledon quarter-finalist Bernard Tomic. This year, though, there was no fairytale for the Argentinian who has only qualified for one ATP event this season, as he was dumped out on Monday by French world number 516 Hugo Gaston in straight sets.