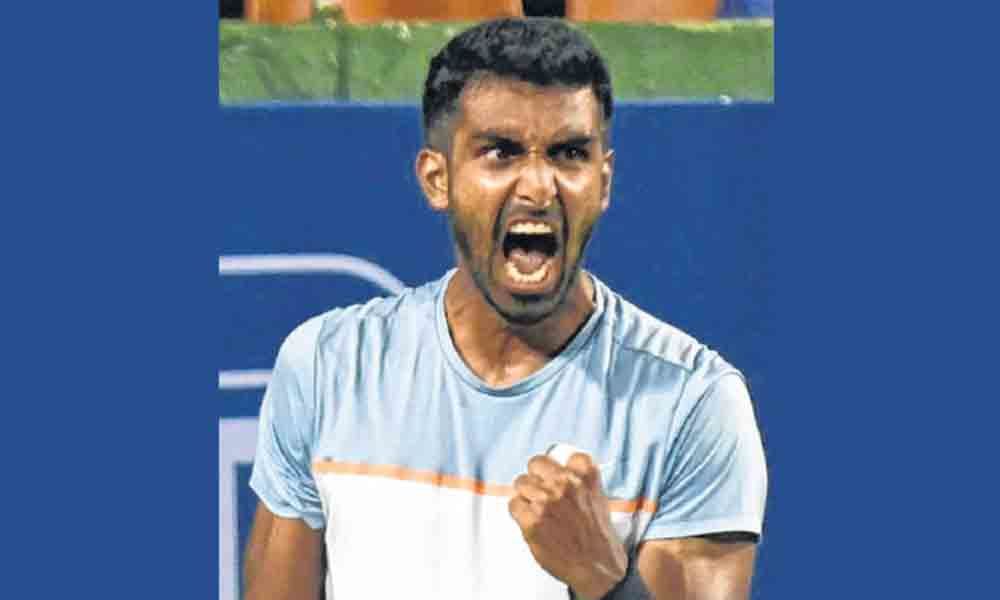 India’s ace men's singles player Prajnesh Gunneswaran sailed into the second round of the Antalya Open ATP 250 tournament with a straight-set win over Janko Tipsarevic of Serbia in Antalya, Turkey Monday.

Gunneswaran, ranked 94th in the ATP chart, easily got the better of 286-ranked Tipsarevic, 6-0 7-6 in the first round. Gunneswaran's brilliant performance against Tipsarevic, once ranked eight in the world, would do his confidence a world of good ahead of the Indian's second round clash, in which he will meet the winner of the match between American qualifier JC Aragone and Roberto Carballes Baena of Spain.

Elsewhere, Saket Myneni crashed out in the opening round of the men's singles qualifiers at the Wimbledon in London. Myneni fought hard for two hours and 22 minutes before going down 4-6 6-4 5-7 against Guillermo Garcia Lopez of Spain.