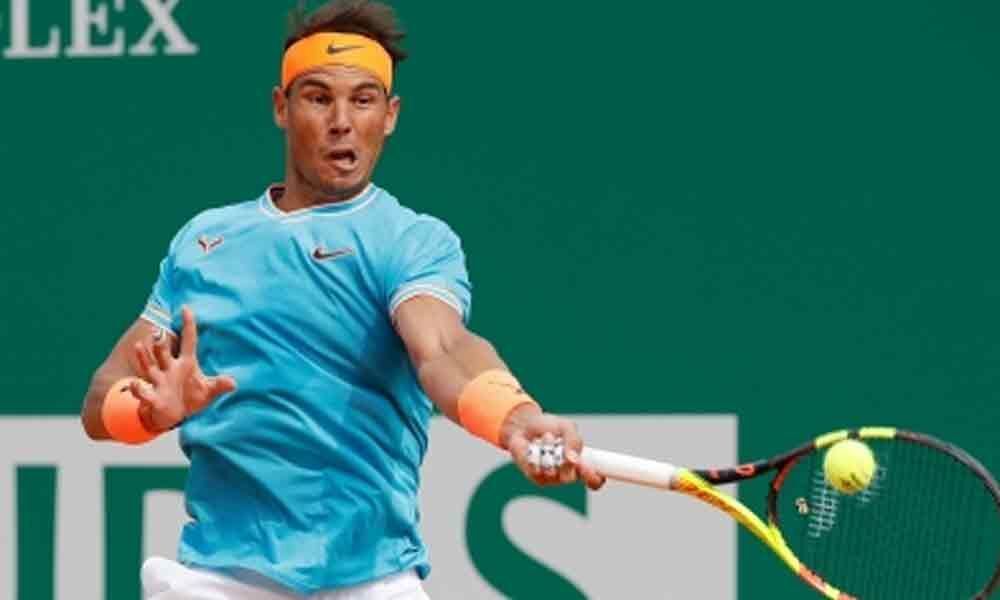 Rafael Nadal has cruised into the 2019 Italian Open final at the expense of Stefanos Tsitsipas.

Rome, May 19: Rafael Nadal has cruised into the 2019 Italian Open final at the expense of Stefanos Tsitsipas.

The Spaniard, eight-time champion at Rome, took an hour and 42 minutes to edge his Greek rival 6-3, 6-4 in the semis, Efe news reported on Saturday.

It was the second clash pitting the two players within days, Tsitsipas eliminated Nadal from the Madrid Masters semifinals with a three-set win.

After taking his revenge, Nadal extended his head-to-head record against Tsitsipas to 4-1.

He managed to seize on two out of four break points while saving the other two Tsitsipas created during the duel.

Nadal, who won his first title at Rome in 2005 when Tsitsipas was seven years old, reached the 50th final of his career in the ATP Masters 1000 events, where he is to face off against the winner of the other semis match pitting top-ranked Novak Djokovic against Diego Schwartzman.

The winner of 17 Grand Slam titles and 33 Masters crowns, is looking for his first trophy of the season, losing four semifinals, as well as one final to Djokovic at the 2019 Australian Open.