Wawrinka falls for tall tale at Wimbledon as Djokovic waits 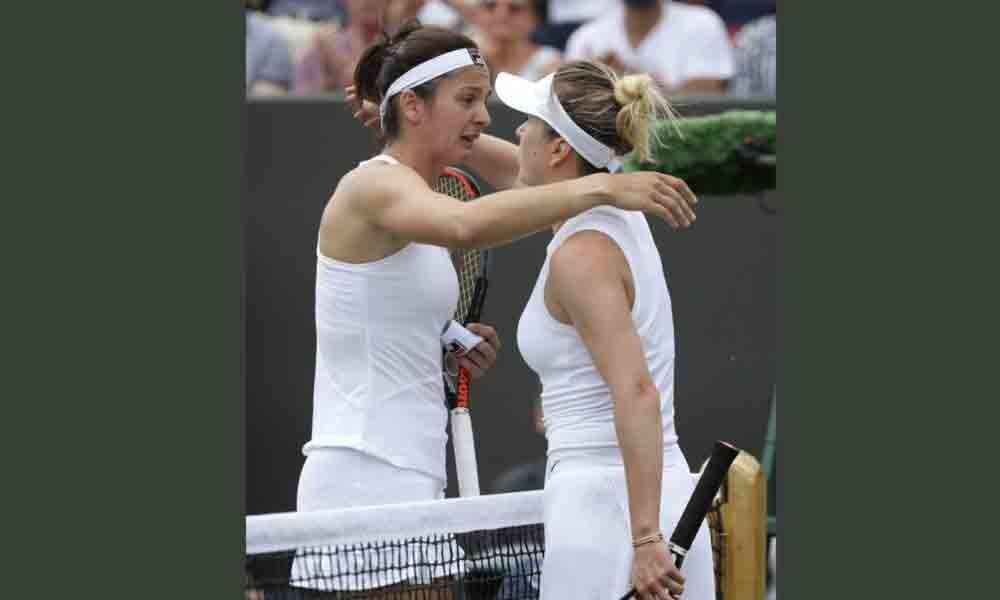 Three-time major winner Stan Wawrinka was knocked out of Wimbledon on Wednesday, falling in five sets to 6ft 11in (2.1m) Reilly Opelka as defending champion Novak Djokovic waited to push his bid for a fifth title.

London (AFP): Three-time major winner Stan Wawrinka was knocked out of Wimbledon on Wednesday, falling in five sets to 6ft 11in (2.1m) Reilly Opelka as defending champion Novak Djokovic waited to push his bid for a fifth title.

Opelka fired 23 aces and 59 winners and goes on to face either 2016 runner-up Milos Raonic of Canada or Robin Haase of the Netherlands. Opelka will be appearing in the third round at a Slam for the first time having never won a grass court match in his career prior to coming to Wimbledon. Wawrinka won warm applause for giving a line judge a warm embrace after accidentally colliding with her as he sprinted to hit a backhand.

"I was a bit too far to return a serve. I think I went against her, so I was sure she had some pain and was not happy, so I gave her a little hug," said the genial Swiss. Also feeling the pain was Russia's Margarita Gasparyan who was forced to retire when just two points from victory against Ukraine eighth seed Elina Svitolina. World number 62 Gasparyan was 7-5, 5-4 ahead when she collapsed to the ground on Court Three, suffering with cramping. Although she bravely tried to continue, the Russian, who has undergone three knee surgeries in her career, was forced to quit.

"I was a little bit shocked, it's never nice to get this when someone is injured like that," said Svitolina who goes on to face Greece's Maria Sakkari for a place in the last 16. "It's really unfortunate for her." Czech third seed Karolina Pliskova reached the last 32 with a 6-0, 6-4 win over Puerto Rico's Olympic champion Monica Puig. Pliskova, one of four players who could end Wimbledon as world number one, will face Hsieh Su-wei of Taiwan for a spot in the fourth round.

In a match which opened proceedings on Centre Court, 52nd-ranked Puig was clearly over-awed, winning just nine points in a 20-minute first set. Former world number one and double Australian Open winner Victoria Azarenka swept past Australia's Ajla Tomljanovic 6-2, 6-0. Azarenka, now at 40 in the world, was a semi-finalist at the All England Club in 2011 and 2012. Next up is a last-32 clash with either fellow ex-world number one Simona Halep or Mihaela Buzarnescu. It's the first time that 2018 French Open champion Halep has ever met a fellow Romanian at a Slam. Djokovic's path to a fifth title was eased on Monday when potential title rivals Stefanos Tsitsipas and Alexander Zverev were knocked out of his section of the draw. Later Wednesday, the top seed takes on world number 111 Denis Kudla of the United States where he will attempt to make the last 32 for the 14th time.

The Kiev-born Kudla, who moved to the US with his parents on his first birthday, made the third round in 2015, knocking out Zverev in the first round. Cori Gauff, just 15 years old, was the sensation of the first round when she stunned five-time champion Venus Williams having already become the youngest player to qualify for Wimbledon. She faces 30-year-old Magdalena Rybarikova who made the semi-finals in 2017.