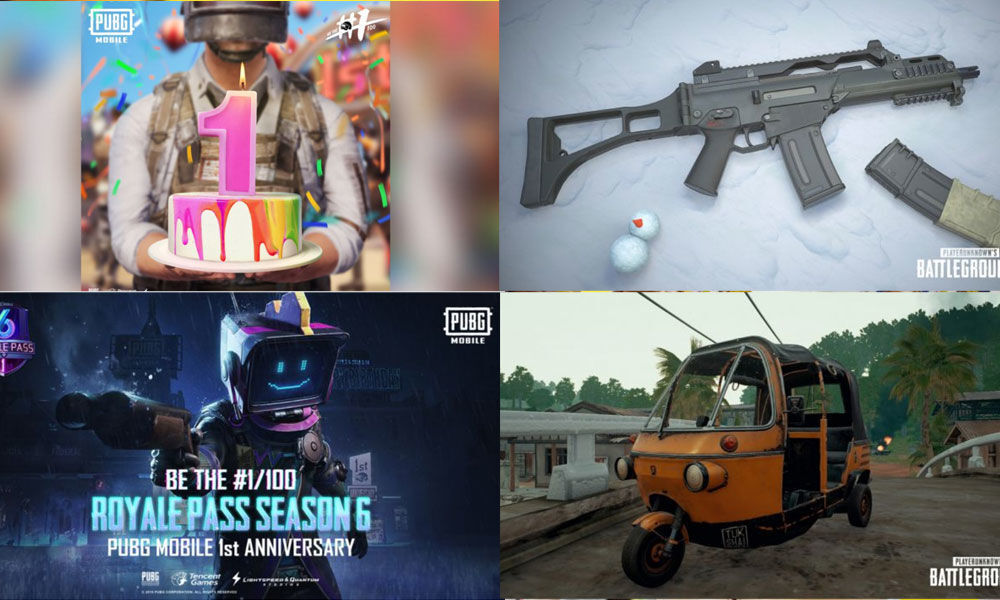 PUBG Corporation and Tencent Games celebrated the first anniversary of PUBG Mobile with the launch of a new version of the popular battle royale title. Last year, PUBG Mobile has grown to 30 million daily active players and has got over 200 million downloads registered on the Apple App and Google Play Store.

In India, the game is also the most popular title where the company also hosted two big tournaments -- Campus Championship with a prize pool of 50 lakhs following it up with the India Series 2019 which had a prize pool of 1 crore.

Everything new about PUBG Mobile update 0.11.5:

The latest PUBG Mobile release is 212 MB in size and updates the game to version 0.11.5. It brings in a slew of progress to the gameplay in addition to a new weapon, vehicle and Royal Pass subscription packs. To support the dynamic weather Erangel and Miramar maps have also been updated.

Features of the Royal Pass have been enhanced to include two subscription plans- Prime and Prime Plus, with the new Season 6. Players can buy either of the plans beginning from early April. The subscription plans will have an offer of 80% discounts on crates along with free UC, Royal Pass points among other benefits.

The new update also brings in a new weapon called the G36C, which is a carbine-type assault rifle that replaces SCAR-L in the Vikendi map. This fires 5.56 rounds in Single and Auto mode and has hit damage of 43 points. The rifle can house 40 rounds in a single cache and has 4 attachments with an extended magazine.

Now players will find a new three-wheeled rickshaw also, the Tukshai that replaces the Jeep, Dacia and Mini Bus in Sanhok map and has a capacity of 3.

Some general enhancements have also been made to the game which advances the gameplay and makes it more flawless.

- Now players can view RP rankings of the entire region and your friends openly from the Royale Pass page.

- Now more points awarded in Weekly challenges. With one tap point rewards can be collected

- To get anniversary rewards open the collected crates after the match

- Find spawned birthday cakes at random in matches for a surprise!

- Zombies will now enter an undermined state during the match from time to time.

- Fixed some areas on the map where zombies could not enter.

- Increased damage outside of safe zone at night.