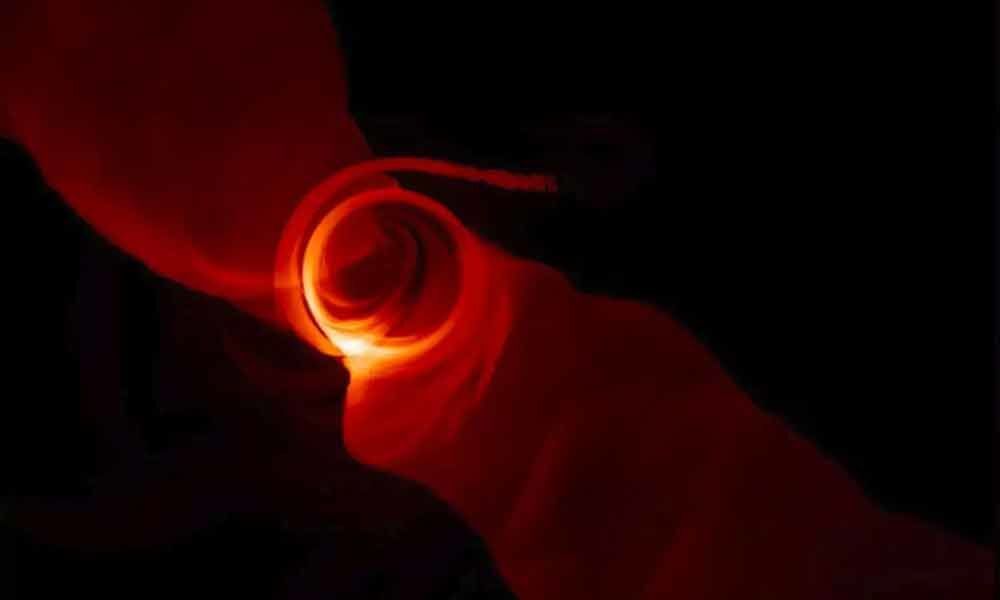 A Chinese online image provider has been criticised for claiming copyright over the photo of the black hole by flashing it on their website with their logo, according to a media report.

Beijing: A Chinese online image provider has been criticised for claiming copyright over the photo of the black hole by flashing it on their website with their logo, according to a media report. Just after the black hole image was released on Wednesday by astronomers, the website of Visual China Group carried the image with its logo, hinting that payment is required to use the image, state-run China Daily reported on Friday.

The company released a statement on Thursday claiming that it had gained copyright of the image from the Event Horizon Telescope for use in media and not for commercial use such as advertisements. Materials from the websites of scientific authorities such as the European Southern Observatory (ESO) and NASA are available free, so long as users clearly credit the source.

The ESO has said Visual China Group has not made contact about the black hole image and it is illegal for it to claim copyright, the Daily report said. Chinese firms over the decades had acquired notoriety in claiming domestic copy rights over the logos of global brands, prompting many international firms to file lawsuits in China to protect their identities. The copy right protection formed part of the current trade talks between US and China to end the trade war. US President Donald Trump is demanding China to reduce the USD 375 billion trade deficit and protection of intellectual property rights (IPR) and technology transfer.

Earlier this week, Visual China Group was in a soup over complaints from the Communist Youth League, an influential organ of the ruling Communist Party of China, (CPC) questioning the company's right to sell images of the national flag and national emblem on its website. Some companies and organisations have found the image provider company also sells products with their logos.

On Thursday evening, the company published an apology, saying some of the images were provided by contracted contributors and the company did not fulfil its responsibility to carefully check them. The Tianjin cyberspace affairs authority met the company's manager Thursday evening and requested it to stop illegal behaviour and carry out thorough rectification. The company's website has been closed since Thursday evening and a statement was seen on the front page, saying the company had problems in management and closed the website for rectification. The National Copyright Administration issued a statement Friday morning saying a campaign will be launched to regulate the image copyright market, the Daily's report said.