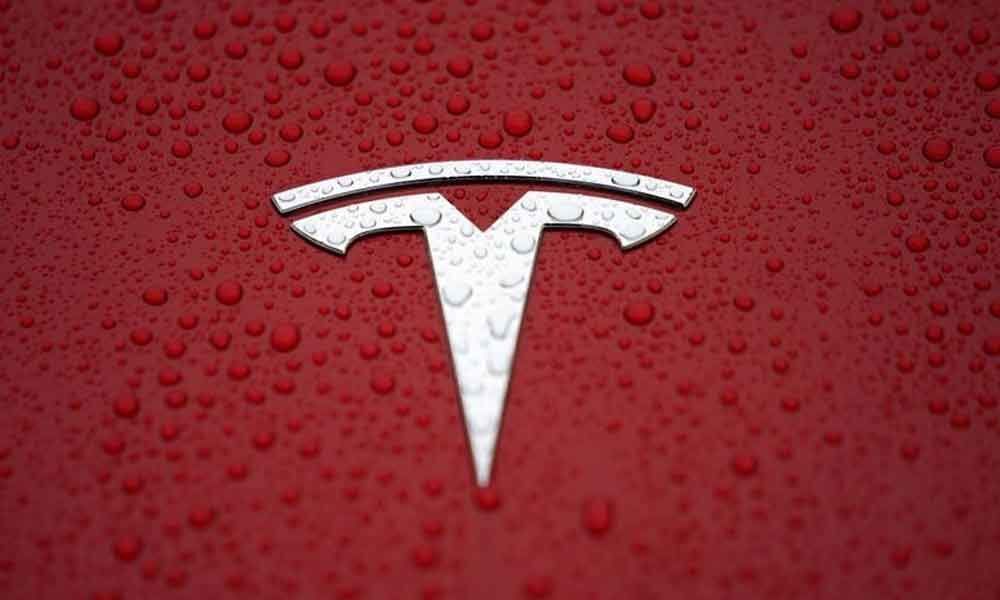 Tesla Inc's stock price slumped 5% on Friday to its lowest in two years, rounding out a rough week that included worse-than-expected quarterly results and a pitch by Chief Executive Elon Musk on autonomous cars that failed to win over investors.

With investors betting Tesla will soon raise capital, the stock fell 14% for the week to its lowest since January 2017, before the launch of the Model 3 sedan aimed at making the electric car maker profitable.

It was the worst weekly drop for Tesla since August last year, when Musk told the New York Times in a tearful interview that he was under major emotional stress.

In the options market, Tesla contracts changed hands at twice the usual pace, with sentiment leaning toward defensive bets, according to options analytics firm Trade Alert.

Tesla's USD 1.8 billion junk bond sank half a cent to yield 8.42%, more than 3 percentage points above the bond's coupon rate of 5.3%. Its spread or the premium investors demand the added risk of holding Tesla debt rather than a safer US Treasury security, widened by about 15 basis points to a near-record 611 basis points.

One positive development for Tesla: a US District Court judge on Friday granted a request by Musk and the Securities and Exchange Commission for a second extension to resolve a dispute over Musk's use of Twitter.

On Wednesday, Tesla posted a worse-than-expected loss of USD 702 million for the March quarter. Musk said Tesla would return to profit in the third quarter and that there was "some merit" to raising capital.

Musk is still battling to convince investors that demand for the Model 3, the company's first car aimed at the mass consumer market, is "insanely" high and that it can be delivered efficiently to customers around the world.

Tesla ended its first quarter with USD 2.2 billion in cash, down from USD 3.7 billion in the prior quarter, and the company is planning expansions including a Shanghai factory, an upcoming Model Y SUV, and other projects.

On Monday, Musk hosted a self-driving vehicle presentation, where he predicted Tesla would have over a million autonomous vehicles by next year. Some analysts perceived the presentation as a way to deflect attention from questions about demand, margin pressure, increasing competition and even Musk's ongoing battle with US regulators.

Tesla's stock has now fallen 29 per cent in 2019 and the company's market capitalization has declined to USD 41 billion from USD 63 billion in mid-December.

After overtaking the market capitalizations of General Motors Co and Ford Motor in 2017, Tesla slipped back below GM in January, and on Friday it dipped back below the market value of Ford, which saw its stock surge 10% after reporting a better-than-expected quarter.

Tesla's stock has fallen below the level of its most recent capital raises.

Following Tesla's quarterly report, 12 analysts recommend selling the stock, while 11 recommend buying and eight are neutral. The median analyst price target is USD 275, up 17% from the stock's current price. Berenberg analyst Alexander Haissl has the most optimistic price target, at USD 500, while Cowen and Company's Jeffrey Osborne has the lowest, at USD 160, according to Refinitiv.