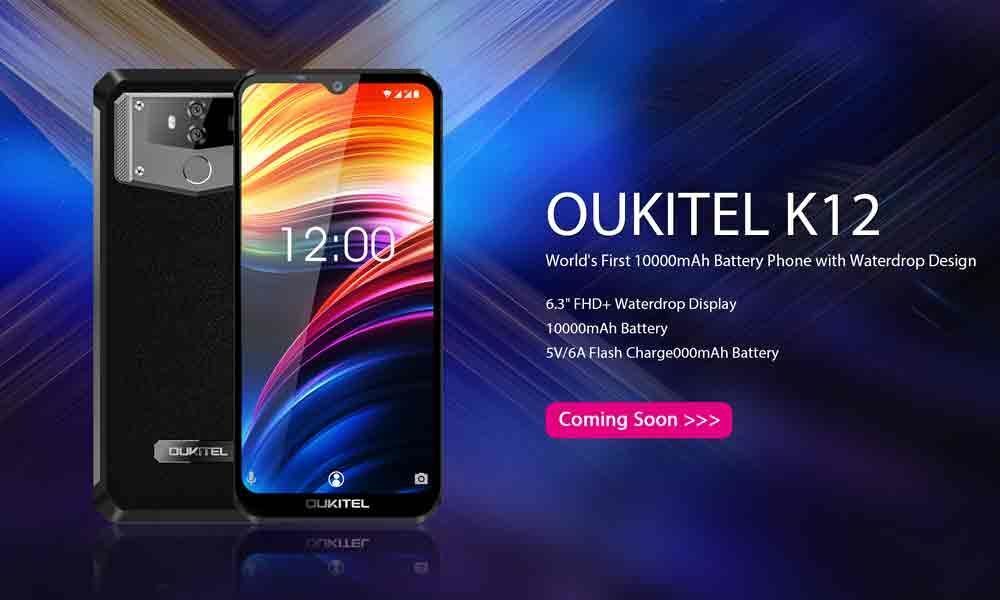 Among the 4 series of OUKITEL, the key feature of the K series is very clear, all the smartphones in this series have large battery smartphone for super long time standby.

The OUKITEL K12 is an upgrading version for the K10 with larger display and more powerful processor. It will come with a larger 6.3 inch FHD+ display with a resolution of 2340*1080. The screen will follow a 19.5:9 aspect ratio design to give larger usable area and thinner to hold in one hand. OUKITEL chose magnesium alloy for the frame and leather texture for the back.

K12 is powered by 10000mAh built-in li-polymer battery. With high-density battery, new 12nm processed power saving processor, and intelligent power consumption management system, K12 offers ever-lasting power for more than 1 week. OUKITEL K12 will pack a 5V/6A quick charger for quick recovery of battery power. The previous 10000mAh generations were mostly fully charged in 3-4 hours, but with the new 5V/6A quick charger, the 10000mAh battery of K12 will be fully charged within 2 hours. This is saving up to 2 hours.

Besides large display and large battery, K12 also gets a large memory storage of 6GB RAM and 64GB ROM. According to OUKITEL, this K12 is going to market by end of May or early June, the price range is unconfirmed. Will you consider getting this large battery smartphone with new waterdrop design?