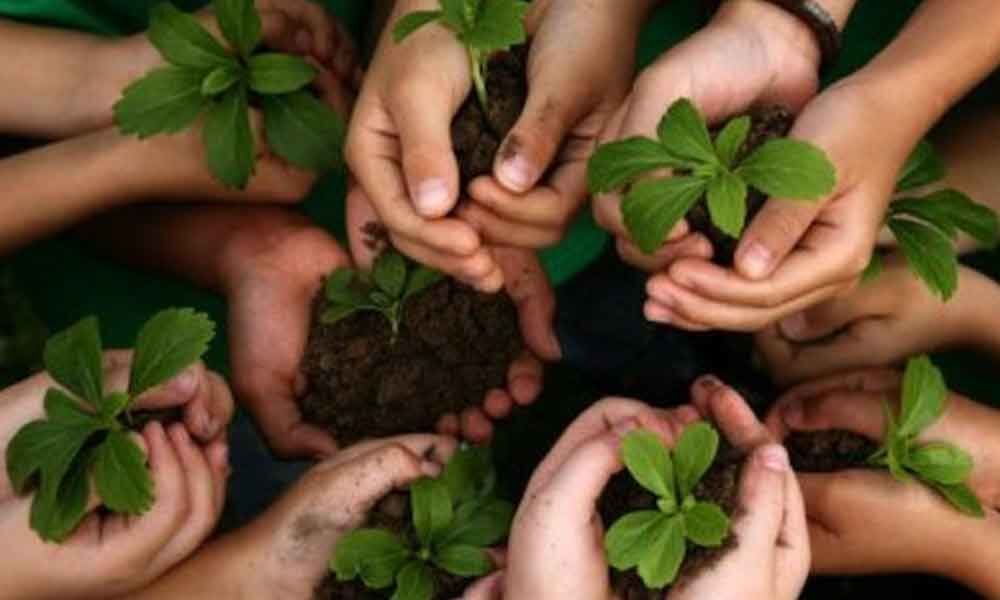 The programme is being organised as part of MP Santhosh Kumar's plans to increase greenery in Keesara forest. The MP adopted Keesara forest and promised to strive for increasing green cover in the area.

He ordered forest officials to dig pits for tree plantation and fill the pits with vermi compost and red soil. He reviewed the water facilities to be provided at the selected locations.

He ordered the officials to prepare a map of the forest and make arrangements for establishment of an exhibition stall.

Arrangements were also being made to bring 2,500 students from schools and colleges to plant saplings, he said. The Collector ordered officials to provide green caps and towels to students participating in the programme.

He instructed the officials to form teams of three members consisting of a district officer, forest official and representatives of college/school to monitor the tree plantation at the selected locations.