A car hit the divider at ORR in Narsingi PS limits 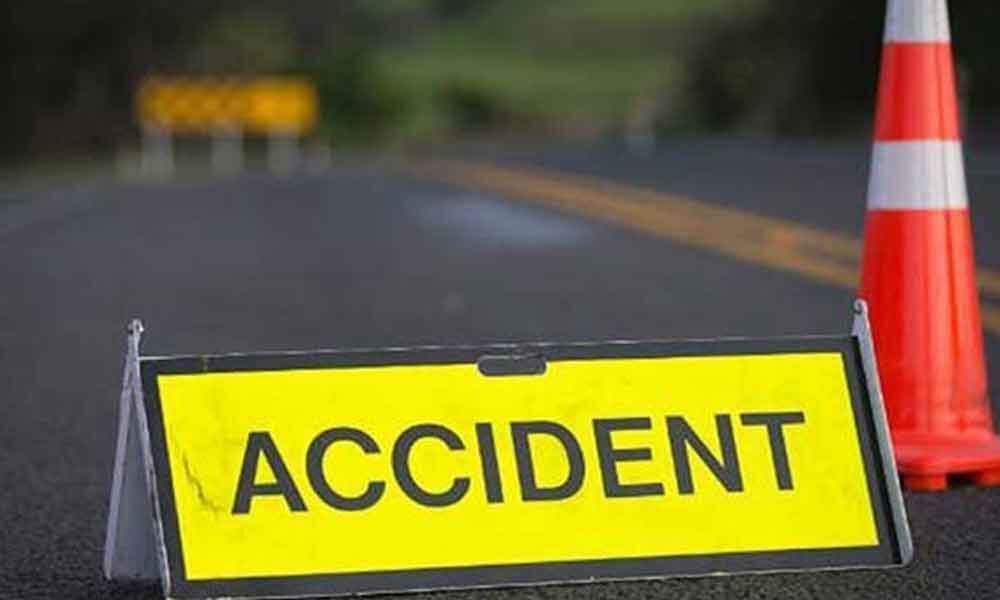 Rumours spread that it belongs to Tollywood actor Tarun

Hyderabad : A car on Tuesday morning hit the divider near Alkapur on Outer Ring Road in Narsingi police station limits. According to police, the car lost control and rammed into the divider. Reportedly no injuries occurred to the persons in the car. Later they left the place in another car from the incident spot. After getting the information police rushed to the spot and took up the investigation. They identified that the car is registered on the name of Pradeep and it belongs to Lead India Private Limited Company.

Tension prevailed among the fans of Tollywood actor Tarun, when the reports came in media that Tarun's car rammed into the divider and he left the place in another car. Meanwhile, Tarun and his family members denied the reports and clarified that he is safe in his house and had not gone out since yesterday night. They said they will proceed legally against the persons and media channels who are circulating wrong news and creating panic among his fans and well-wishers. Police are investigating.