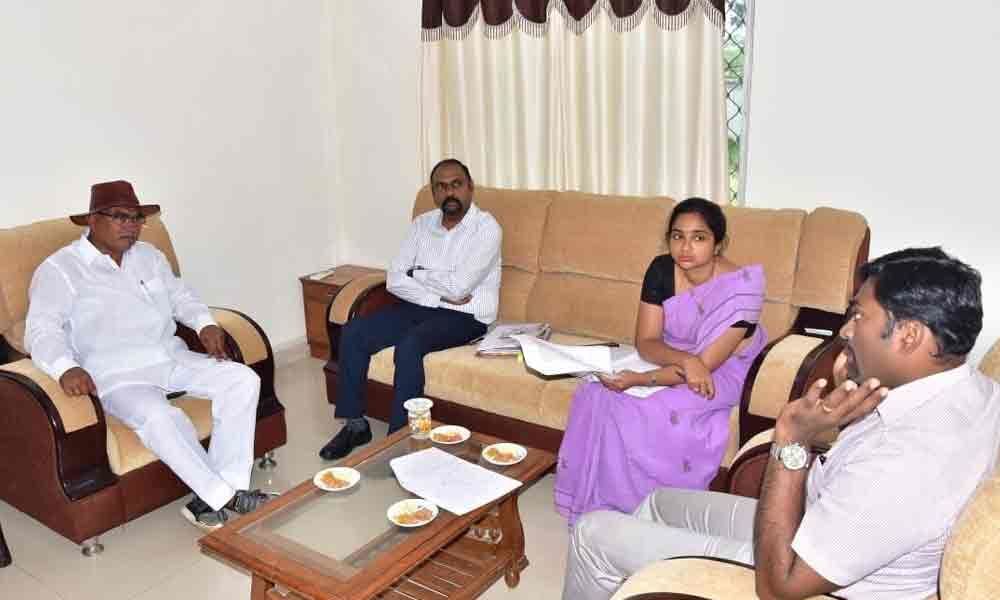 As Chief Minister K Chandrasekhar Rao is scheduled to visit Wanaparthy, Mahbubnagar and Nagarkurnool district in the coming days ahead, Agriculture Minister Niranjan Reddy decided to conduct a review meeting with the District Collectors so as to discuss on the various development programmes and the areas where the Chief Minister can visit.

Earlier, Niranjan Reddy had taken part in the fish seedlings release programme at Rangasamudram reservoir in Rrangapur mandal and later visited Kanchiravupally, where more than 50 villagers along with the village Sarpanch joined the Telangana Rashtra Samithi (TRS) party.