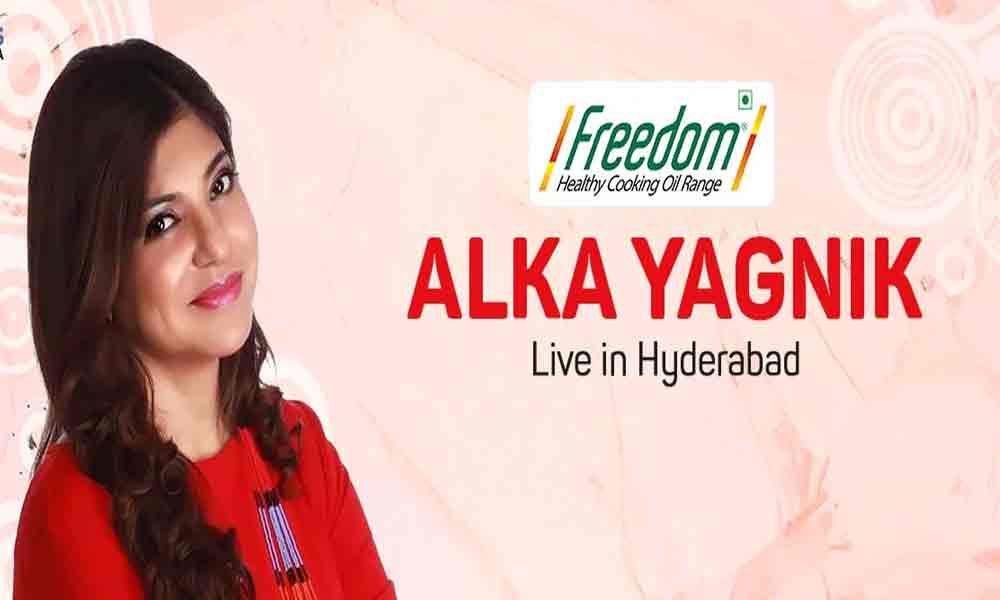 Hyderabad: Freedom Healthy Cooking Oil Range presents melody queen Alka Yagnik's live in concert on June 22 for the first time ever in Hyderabad. One of the best female playback singers, ruling Bollywood for more than three decades now, owning seven Filmfare awards, is coming to enthral Hyderabadis. The event is expected to have an audience engagement of around 2,000 at Shilpakala Vedika, Madhapur from 6 pm onwards.

Alka Yagnik is noted in Indian cinema for a career spanning over three decades. She is a record seven-time winner from a record of 36 nominations of the Filmfare Award for best playback singer female, a two-time recipient of the National Film Award, as well as several other music awards and honours from leading music houses like T-Series, Mirchi Music Awards, Yash Raj Music, Sony Music.

The event is hosted by Spartans Media, a creative media development agency that caters to end to end needs of creative and cost-effective event, branding and promotion. This event is a fund raiser to support V Care's mission to take orphaned, abandoned and HIV affected children and poor poverty-ridden children. 'V' Care is a voluntary charitable organisation founded in the year 2008 by a group of dynamic passionate youngsters whose heart bleeds at the sight of poor and hapless starving children devastated by utter poverty.