All set for government hospitals to introduce rotavirus vaccine 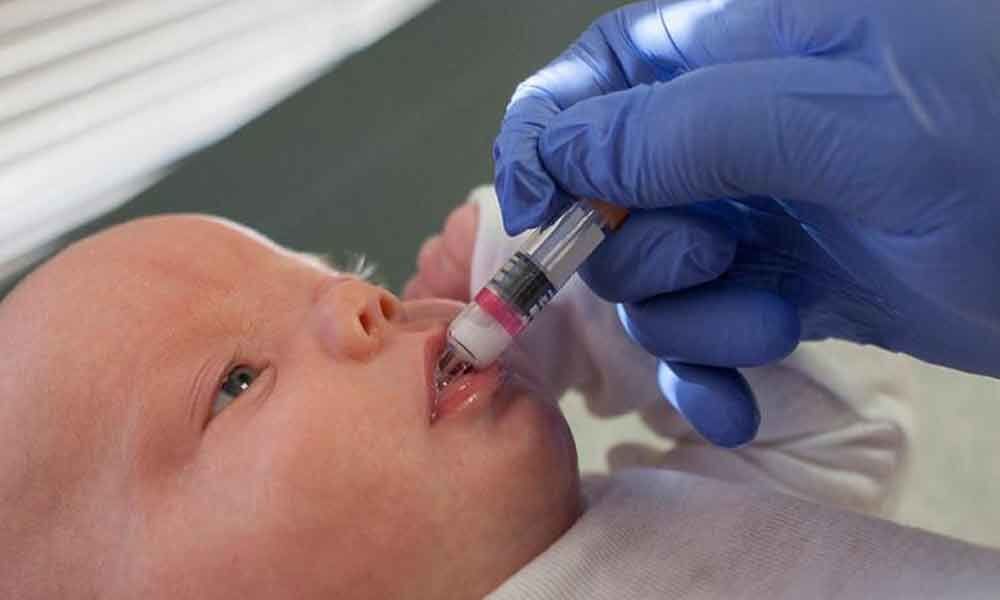 Vaccines administered to children under governments UIP in TS

Hyderabad: Come September, Rotavirus vaccine, that was prescribed by private medical practitioners and private hospitals until now, will be available in government hospitals and health centres in Telangana. This vaccine, which will effectively work in preventing diarrhoea in children, has been included in the government's Universal Immunisation Programme (UIP).

Private practitioners charge Rs 1,000 to Rs 1,400 per each dose and three doses of the vaccine between 6 to 14 weeks mean parents have to shell out Rs 3,000 to Rs 4,200 on this vaccine alone. However, after Rotavirus inclusion in the UIP, parents sure are going to be a relieved lot.

According to medical experts, Rotavirus alone is responsible for 40 per cent of severe diarrhoea cases in children and it kills one child every four minutes in the country. Introduction of this vaccine is expected to reduce child mortality and improving child survival.

Rotavirus vaccine was introduced in 2016 in a phased manner, beginning with 4 States initially and later expanded to seven more States making it a total of 11 States by the end of 2018.

Another 17 States were made part of the programme in the first half of this year taking the total count to 28 States and UTs (Union Territories). Telangana and another 9 States and UTs are being included in the last phase, which means this vaccine will be available in all 37 States and UTs by September 2019.

A senior official from the department said that Telangana administers vaccines to nearly 6.2 lakh children every year, out of which more than 70 per cent visit government hospitals and health centres.

Dr Rajendra Prasad, Civil Assistant Surgeon in Malkajgiri CHC (Community Health Centre) welcomed Rotavirus vaccine inclusion in immunisation programme as this virus is the major cause of diarrhoeal deaths in children below 5 years.