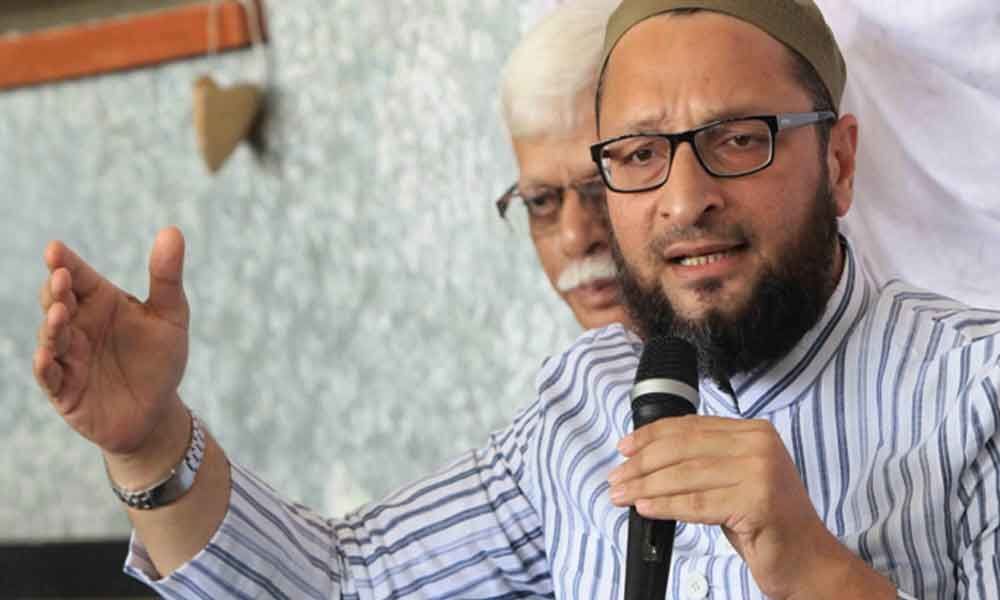 "The person who had killed Mahatma Gandhi should be called a terrorist. What else should we call such a person who killed Bapu," Owaisi told reporters here.

Owaisi was referring to Haasan's statement on Monday where he called Nathuram Godse, the man who assassinated Mahatma Gandhi, as the first Hindu terrorist in independent India. His statement sparked controversy and drew criticism from BJP leaders and Hindu outfits. The BJP had approached the Election Commission seeking action against the actor-politician for violating the Model Code of Conduct.

The AIMIM chief also said that TRS President and Telangana chief minister K Chandrashekhar Rao was on the right path in his efforts to form a non BJP, non-congress Federal Front. "It is a right move by KCR. This is KCR's reply to all those who have questioned his secular credentials."

On being asked about Prime Minister Narendra Modi's statement that former Prime Minister Rajiv Gandhi used INS Virat for a family vacation, Owaisi said, "Even film star Akshay Kumar who is a Canadian citizen went on a vacation on the Navy's ship."

On the Supreme Court granting bail to West Bengal BJP functionary Priyanka Sharma, who was arrested on May 10 for allegedly posting a morphed picture of state Chief Minister Mamata Banerjee on Facebook, the AIMIM chief said, "When the apex court has granted her bail after accepting her apology then the matter is over."

"There have been instances in the past where people have been arrested for posting against political leaders, and one such example is an arrest of a person who posted against Bal Thackeray," he added.

Asked about gangrape of a widow who was sold for Rs 10,000 by her parents, and who later set herself on fire after police allegedly refused to file a complaint, Owaisi said, "The law and order situation is crippling in UP. Where is the Beti Bachao Beti Padhao slogan? Why is Prime Minister not responding on the issue of this heinous crime."

"Uttar Pradesh chief minister Yogi Adityanath should meet the victim as soon as possible," he added.