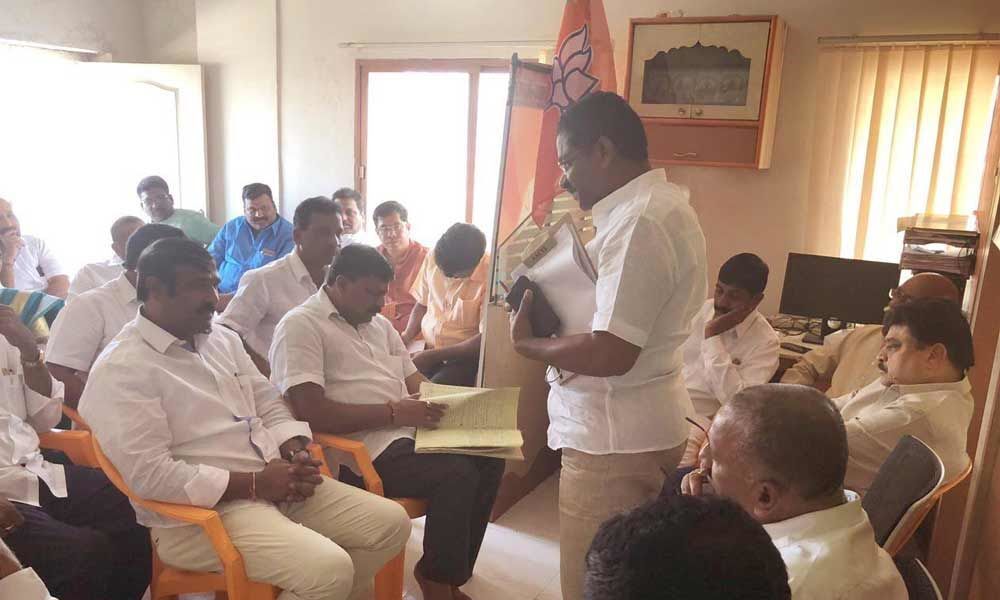 It was decided in the meeting that an extensive meeting with the party workers of Malkajgiri Parliament constituency would be held at 3 pm on March 17.

The meeting passed a resolution to urging the party cadre right from booth level to strive for the party victory in Malkajgiri constituency and ensure that Narendra Modi becomes prime minister of India again.

Also, the party would hold meetings with party cadre in various assembly segments.

On March 13, meetings would be held at Kukatpally and Uppal; on March 14, Medchal, Qutbullapur and LB Nagar; and on March 15, Cantonment.