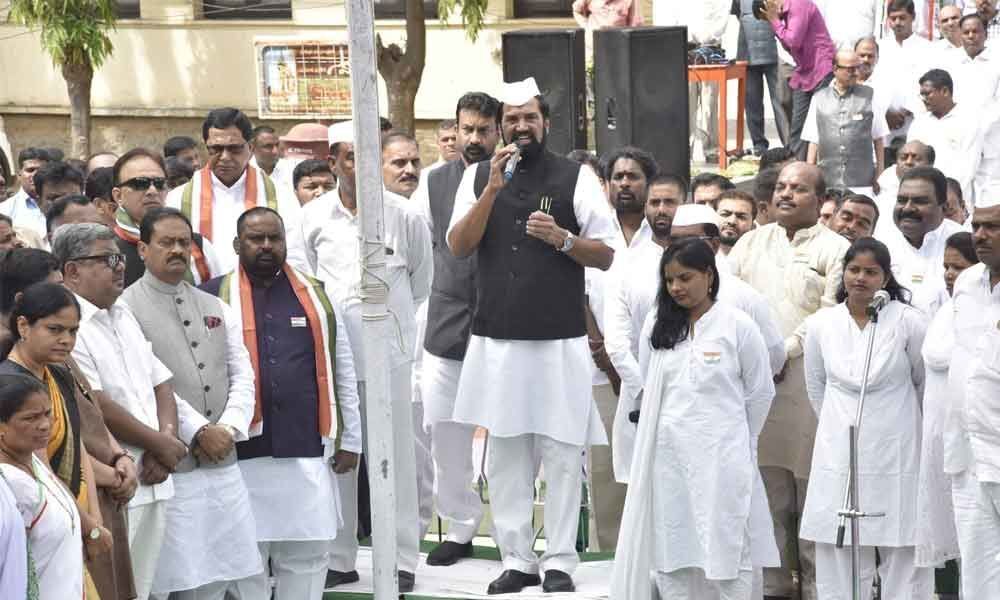 The 73rd Independence Day celebrations were held at Gandhi Bhavan here on Thursday.

Speaking on the occasion, Uttam Kumar Reddy conveyed his greetings to people on Independence Day and Raksha Bandhan festival. He said the country got freedom due to the struggles of several great leaders.

He alleged that the Bharatiya Janata Party (BJP) is trying to mess up with history of the country by defaming the name of their party leader and first Prime Minister Pandit Jawaharlal Nehru.

He said Nehru had gone to jail 22 times during the freedom struggle movement.

He alleged that the BJP-led NDA government at the Centre passed some "anti-human rights" bills in Parliament recently.

He alleged that the BJP had also distorted history on the issue of Jammu and Kashmir. He said they would hold 75th birth anniversary celebrations of Rajiv Gandhi for one year.