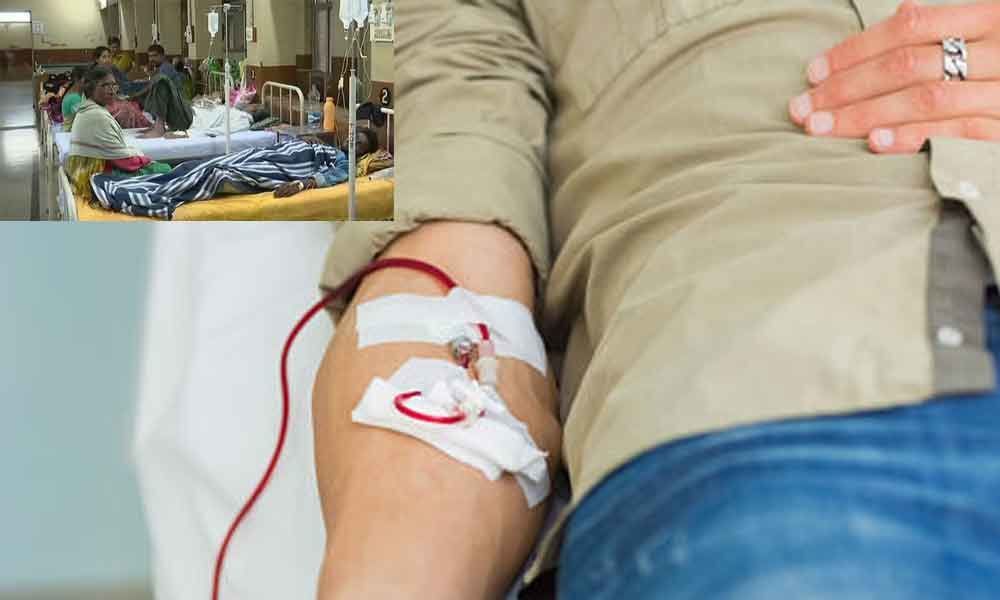 With 500 dengue cases reported, people have been thronging to hospitals and blood banks to donate blood.

Hyderabad: The city has been facing dengue menace with people increasingly testing positive for the disease. A large number of people have been coming forward to donate platelets, helping blood banks and hospitals stay prepared for an emergency.K

Krisha Institute of Medical Sciences (KIMS) has witnessed a sudden rise in the number of donors. "Previously, we used to witness 60 single platelet donors per month. But now, the number has increased to 200 SDPs per month. In the last two days itself, we have received over 30 donors who have come forward to donate platelets," said Hitesh Kumar, from KIMS.

He added that almost 30 per cent of people admitted in the hospital were diagnosed with dengue.