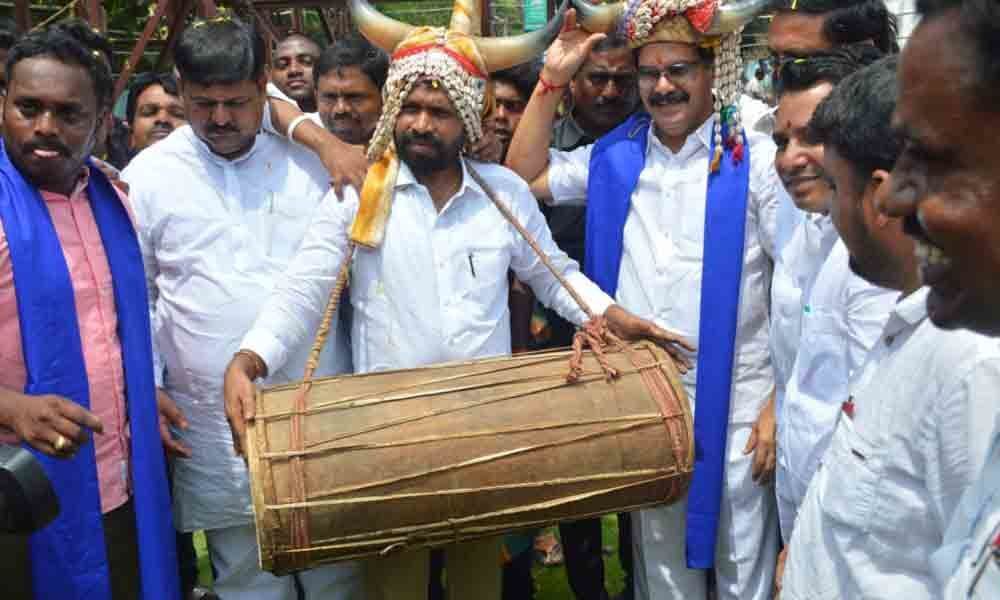 He emphasised the need for conducting the Civil Rights Day in every village on 30th day of every month. "It's mandatory for all the local people's representatives, officials of the Revenue, Police and other State departments to attend the programme so that they will come to know the hardships of the people," Srinivas said.

He blamed the previous governments for failing to sensitise the legislations belonging to SC/ST. Since the formation of Telangana, the government had successfully popularised the SC/ST acts, he added. Srinivas emphasised the need for solving the SC/ST cases at the earliest to provide justice to the dalits.

"So far the SC/ST Commission has received 3,400 complaints since its inception a few months ago. The Commission was able to solve all these cases. This apart, the Commission had provided seats in Gurukuls and other institutions to 572 poor students," Srinivas said. The Commission has always been in the forefront of serving its targeted groups, he claimed, stating that they would strive hard to put Telangana right on top of the ladder in providing justice to dalits. He said that they were also pursuing the State Government to provide double bedroom houses to all the poor and downtrodden.

Speaking on the occasion, Warangal West MLA D Vinay Bhaskar said that he would organise Civil Rights Day at his native Waddepally on September 30. Referring to his attachment with the Sammaiah Nagar, he advised the youth not to all prey to bad habits. Further he told them to utilise technology for their betterment instead of misusing it. He said that creating awareness on SC/ST acts is social responsibility.